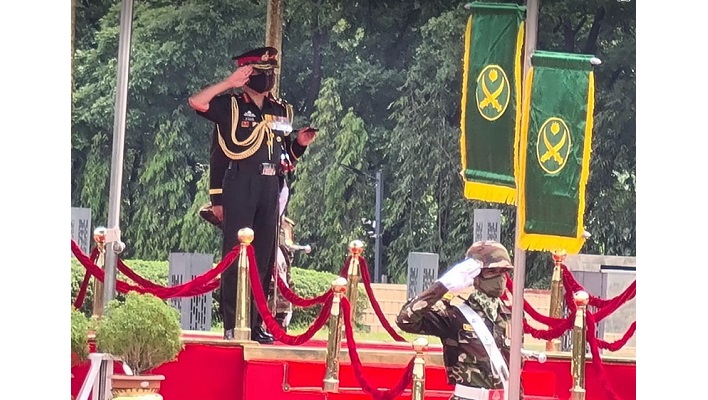 Smartly-turned out contingent of Bangladesh Army accorded guard of honour to the visiting Indian Chief of Army Staff. 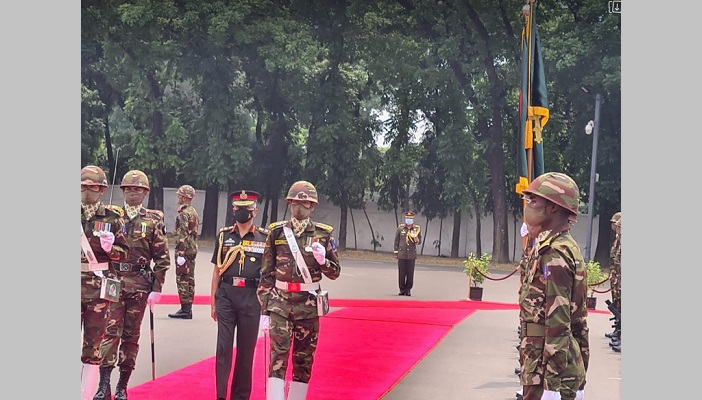 The Indian Army Chief is accompanied by his spouse, Veena Naravane and a two member delegation.

He observed the parade from a makeshift dais.

The Indian Army Chief is scheduled to pay courtesy calls to the Army, Navy and acting Air Force Chiefs of Bangladesh and meet other senior officers of the Bangladesh Army.

He will also be visiting various military stations. The Indian Army Chief will also pay tribute to members of the Bangladesh Armed Forces who made the supreme sacrifice during Bangladesh’s Liberation War of 1971 by laying wreath at the altar of Shikha Anirban in Dhaka Cantonment.
The Indian Army Chief will share his experience during the seminar on United Nations Peace Support Operations.

He will also witness the culmination exercise, hardware display and closing ceremony of the joint military Exercise Shantir Ogroshena.

Visit of the Indian Army Chief will further strengthen the close and fraternal ties existing between the Armed Forces of the two countries.