AL have to pay for Jasod leader’s inclusion in cabinet: Ashraf 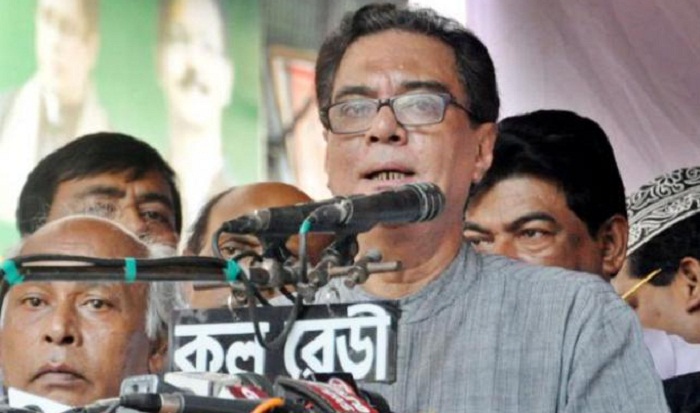 Awami League General Secretary Syed Ashraful Islam on Monday lamented that Awami League will have to pay in the future for the inclusion of a Jasod leader in the cabinet of the ruling government.

The Awami League leader made this assumption narrating the past activities of the Jatiya Samajtantrik Dal (Jasod).

Syed Ashraf blamed that Jasod created the grounds for the assassination of Bangabandhu Sheikh Mujibur Rahman and the economical backwardness of Bangladesh.

He made the allegation while addressing the closing ceremony of a two-day extended meeting and workshop of Bangladesh Chhatra League (BCL) at the Teacher-Student Centre (TSC) of Dhaka University.

Syed Ashraf, also the Public Administration Minister, alleged that Jasod had misguided people about the Liberation War spirit in the name of scientific socialism and tried to make the independence controversial.

Lamenting that a leader of this political party is now in the cabinet of the current government, the ruling party leader said, “I think Awami League will have to pay for it in the future.”

He also advised the BCL leaders and activists to know the proper history of Bangladesh and to be more conscious about politics.