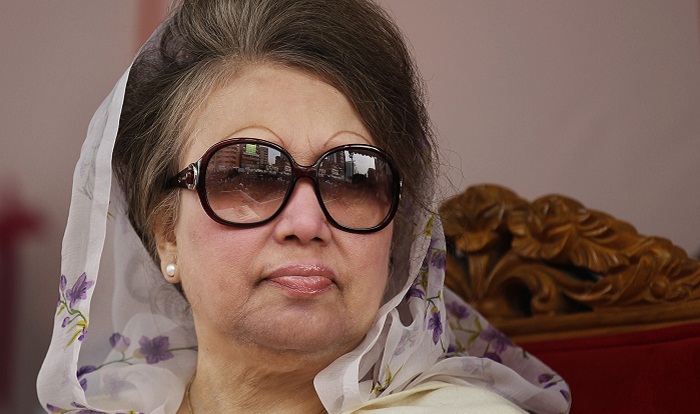 Strongly denouncing the killing of 50 people in a US nightclub in a terrorist attack, BNP chairperson Khaleda Zia on Monday urged the global community to get united to eliminate extremism.

“All the achievements of people across the globe will gradually vanish in the dark alley of terrorism, if people with good sense can’t get united with a strong determination to completely uproot the international terrorism,” she said in a condolence message.

The message was issued expressing deep shock at the death of 50 people in the US nightclub attack.

A US-born man gunned down 50 people and wounded at least 53 at the gay nightclub in Orlando with an assault rifle and a pistol on Sunday. This is the deadliest mass shooting in the United States and the worst terror attack since the 9/11.

Khaleda said the nightclub attack by extremists is not only inhuman but also cowardice one. “Extremism is not only a problem of a certain country as its global expansion is growing very fast. Their activities have put the entire world in danger.”

The BNP chief said the attack on the US nightclub is tantamount to an attack on tolerance, social harmony and humanity. “Those who hold the souls of raging beast can carry out such inhuman and cruel attack.”

Mentioning that the terrorists have no territory and state boundary, she said they want to impose their blind ideology on people by destabilising the world.

Khaleda voiced deep concern that international terrorism networks have been created to spread the medieval darkness. “These evil forces devoid of humanity want to eliminate any people who oppose their ideology. No one, including children, women and elderly people, are getting rid of their venomous bite and destructive activities.”

She said the tragic attack on the nightclub in Orlando has made worried people Bangladesh and leaders and activists of BNP. “I express my solidarity with the shocked people of the USA and its government.”

Khaleda prayed for the eternal peace of the souls of those killed in the attack and conveyed her sympathy to bereaved family members.

The BNP chief also wished early recovery of those injured in the incident.

2016-06-13
editor
Previous: AL have to pay for Jasod leader’s inclusion in cabinet: Ashraf
Next: More Hillary Clinton emails to be published, says Wikileaks