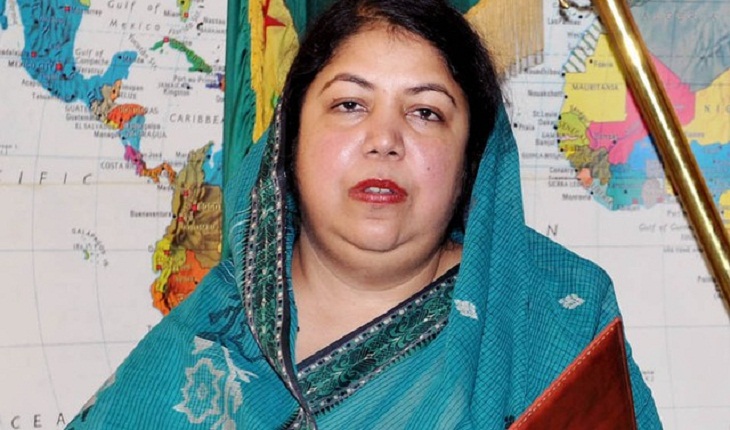 During the meeting, parliamentary affairs and women’s development in Bangladesh and India, alongside bilateral trade, border haats (markets) and border communication, were discussed.

Dr Shirin, also the Chairperson of the Commonwealth Parliamentary Association (CPA), said bilateral ties between India and Bangladesh are ‘excellent’, adding that India is assisting Bangladesh in all development sectors, including business, trade and investment.

Indian parliamentary democracy has a long history which is very rich. Bangladesh also has made progress in this regard, she told her guest.

The friendship and cooperation between the two neighbouring countries will be further strengthened in the future, Dr Shirin hoped.

Abhijit Mukherjee noted Bangladesh and India, particularly West Bengal, share much in terms of culture and language. If trade between the two countries goes up, the relations between the two peoples will be tightened further, he said.

The Lok Sabha MP from We4st Bengal stressed the need for setting up more border haats, and improving the border communication system. Abhijit, whose father was a political mentor for Prime Minister Hasina after India took her in following the killing of Bangabandhu Sheikh Mujibur Rahman in August 1975, urged poets and litterateurs of the two countries to develop the Bengali language in coordinated ways and conduct joint research activities for this.

Earlier, Abhijit witnessed the parliament session at the Jatiya Sangsad.