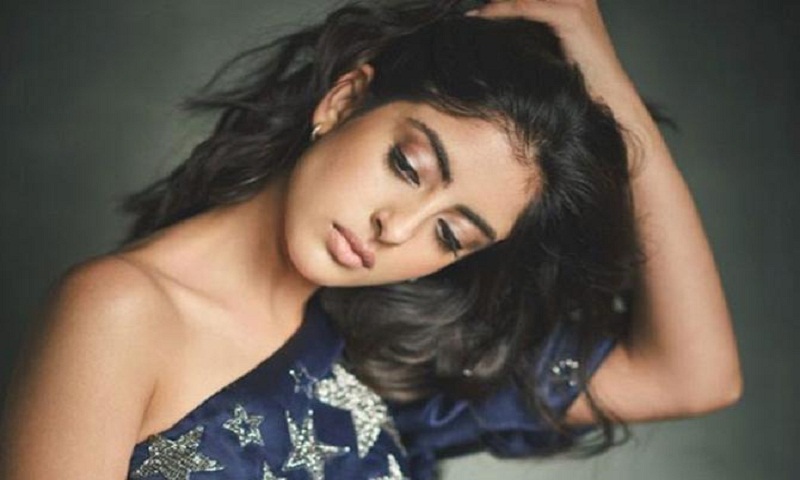 Bollywood megastar Amitabh Bachchan is proud of his daughter Shweta Bachchan Nanda and granddaughter Navya Naveli Nanda after the recent photoshoot of the mother-daughter duo for a new clothing line. Admiring his ‘natin’, Big B took to his Instagram account and posted a ravishing picture of the newbie, writing, “And the brand wagon gallops on relentlessly .. pre-orders pouring in and my admiration for daughter and ‘natin ‘ Navya endless.”
In the photoshoot, Navya can be seen letting her hair down and donning a blue mini dress with golden stars on it and a subtle makeup rounded out her look. Earlier, the look had also earned a thumbs-up from Abhishek Bachchan, who congratulated his sister and niece on the latest venture while also describing Navya Naveli as ‘the stunning model’.

The mother-daughter duo has come together for Shweta’s clothing line ‘MxS’. The soon-to-launched clothing line is a collaboration between Shweta and ace-designer Monisha Jaisingh.

The doting mother has been making a number of public appearances alongside her daughter, the two have been setting the bar high when it comes to making a style statement and Shweta’s Instagram is a proof of that!

Recently, Shweta also made her screen debut alongside her megastar father in an advertisement for a jewellery brand. However, the commercial was later pulled off after legal action was threatened against them for showcasing the bank employees in a negative light. On the work front, the 75-year-old ‘Piku’ star is currently shooting for ‘Brahmastra’ alongside Ranbir Kapoor and Alia Bhatt.