Don't Miss
Home / Bangladesh / Punish me as much as you want, Khaleda tells court

Punish me as much as you want, Khaleda tells court 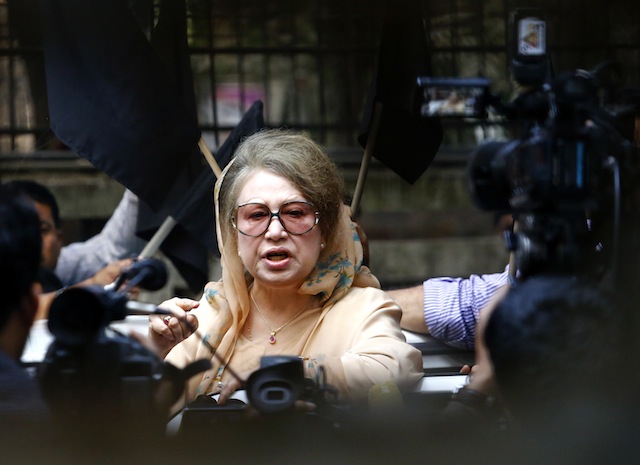 BNP Chairperson Khaleda Zia has expressed her dissatisfaction over the trial proceedings inside the Old Dhaka jailhouse in the Zia Charitable Trust graft case.

She told the court that there is “no justice here”.

The former prime minister told the judge in the absence of her lawyers, “You can punish me for as long as you want, but I cannot come here in this situation. I know this court will not deliver fair justice.”

The BNP chief said this after appearing before Special Judge Court-5 in connection with Zia Charitable Trust corruption case.

The special court was shifted to the old central jail in Nazimuddin Road in Old Dhaka.

The Judge Md Akhtaruzzaman of the Special Court-5 adjourned the hearing till September 12.