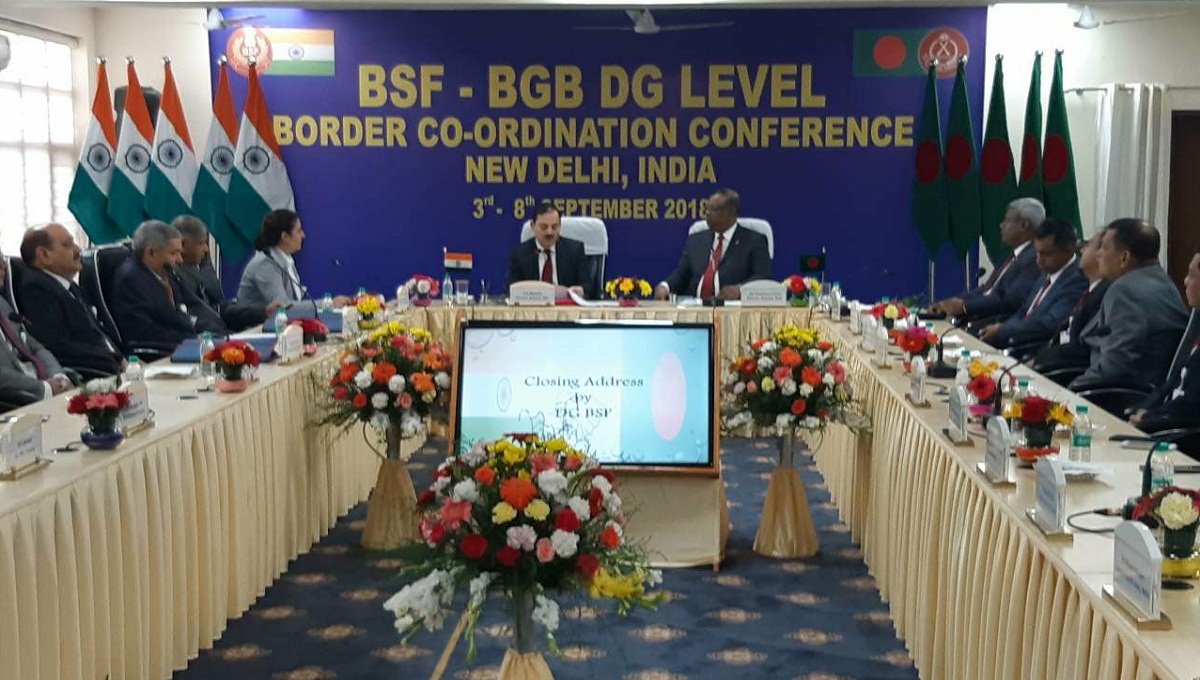 Bangladesh and India have agreed to continue their joint efforts to bring down border killing to zero level.

The decision was taken during the border talks between Border Guard Bangladesh (BGB) and India’s Border Security Force (BSF), which formally ended in New Delhi on Friday, through signing a Joint Record of Discussion (JRD).

Both the sides also pledged to carry on their joint efforts to prevent crimes especially smuggling drugs, narcotics, gold, and weapons alongside human trafficking at the border, according to a message received here on Friday evening.

The director general-level border talks between the BGB and BSF formally began at BSF Camp Chhawala in New Delhi on Monday.

Although BGB DG Major General Md Shafeenul Islam thanked BSF for its initiatives to prevent causalities of Bangladeshi people in the frontier, he also expressed his concern as incidents of deaths and injuries are yet to bring down at zero level.

BSF DG KK Sharma informed that the BSF is using non-lethal weapons to avoid casualties in the border even after being attacked by dangerous border criminals.

The BSF has followed the principle of utmost tolerance and minimum enforcement policies, he added.

It is possible to bring down the casualties at zero level by taking action against border criminals under the existing law of the country as well as preventing them to cross the border illegally, the BSF DG further said.

The BSF DG appreciated the cooperation of BGB and other Bangladeshi agencies to search Indian separatist groups and also requested to continue further cooperation in this regard.

Noting that no such group exists in Bangladesh, BGB Director General Major General Md Shafeenul Islam clearly said that Bangladesh never gave an opportunity to any criminal/terrorist group to use its land against any other country.

During the meeting, both the sides agreed to take action against the deliberate border violators and to hand over the border crossing people to the border guards of their respective countries.

It also agreed to continue the preventive efforts against human trafficking alongside to take initiative to rescue trafficked victims quickly as well as for their rehabilitation according to laws in their respective countries.

Both the sides also agreed to organise the 48th biannual BGB-BSF DG-level conference in Dhaka in March or April next year.