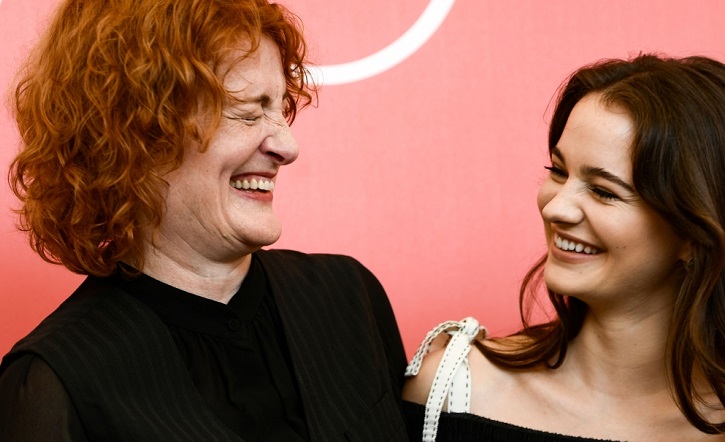 A stirring story of revenge and friendship involving an Irish convict woman and an Aboriginal tracker in colonial Tasmania was hailed the favourite Thursday to win the Golden Lion at the Venice film festival.

“The Nightingale” by Australian Jennifer Kent — the only film directed by a woman out of a total 21 vying for the top prize — had critics reaching for comparisons with Jane Campion’s 1993 masterpiece “The Piano”.

But the first screening of Kent’s haunting evocation of the brutality of the former penal colony, whose original inhabitants were all but wiped out in a genocide, was marred by racist and sexist abuse hurled at its makers.

After loud cheers had greeted the demise of a British officer near the end of the film who had murdered the heroine’s husband and baby, a handful of Italians in the audience clapped the death of the Aboriginal man who had helped her.

Then, as Kent’s name came up in the credits, one shouted: “Shame on you, whore! Your film sucks.”

A young Italian director later admitted he was the culprit and apologised for the “deplorable insult”, saying it was “not meant to be misogynist”.

The dearth of women in the official line-up has seen Venice condemned for its “toxic masculinity” and the organisers forced into an embarrassing U-turn on gender equality.

– Refused to be provoked –

But the Brisbane-born actor-turned-director refused to be provoked, telling reporters her film proved the “absolute importance of reacting with compassion and love to ignorance.

“We see other options played out and they gave no succour or relief,” said Kent, who turned down the Hollywood blockbuster “Wonder Woman” to make her own historical epic.

“Love, compassion and kindness are our lifeline and if we don’t utilise them we will all go down the plughole,” she added.

The film, which is shot in English, Irish Gaelic and the Tasmanian Aboriginal Palawa Kani language, portrays the extreme violence and racism of the island in the 1820s when it was known as Van Diemen’s Land.

Variety called it “a magnificent mass of movie… an elemental revenge tale (of) near-mythic grandeur”.

But critic Jessica Kiang of The Playlist website said that with judicious cuts to “pare it back to its thrilling and beautiful essentials, ‘The Nightingale’ will really sing.”

Kent said she it was “incredibly important” that audiences be shocked by the brutality she depicts. “I hope horror and beauty exist side-by-side. But we are so numbed and anaesthetised to cinema violence — we can watch a movie where 50 people die and feel nothing.

“This is objectionable and disagreeable to me. I wanted to show the human cost,” she told AFP.

Rising Irish-Italian star Aisling Franciosi, of “The Fall” fame, said she never realised quite how violent the penal colony was, “particularly towards women, who were outnumbered eight to one.

“They were sent there for very petty crimes to populate the island. It made me furious to see how cruel, brutal and systematic it was.”

Kent said the story of genocide and enslavement “needs to be told”, hanging her plot on the touching and unlikely friendship between an enslaved convict played by Franciosi and a tracker by Aboriginal actor Baykali Ganambarr.

“When I first went to Tasmania I was struck by the residual sadness in the land,” she told AFP.

“I visited the penal colonies and felt the ghosts of many heartbroken souls that somehow stayed in the place and I always wanted to tell the story.”

Ganambarr said there was no “sugar coating… This is what happened to my people and I am really proud to represent them.”

Kent, who wrote the script, said being the sole woman director in competition in Venice “brings me no joy. I wish I had my sister filmmakers here. Cinema’s job is to reflect the world and if we only reflect 50 percent, it’s not doing that.”

The last time a woman took Venice’s top prize was 43 years ago when German director Margarethe von Trotta won with “Marianne and Juliane.”

Amazon reveals ‘Lord of the Rings’ subtitle that hints at storyline

Shah Rukh Khan is back on social media!