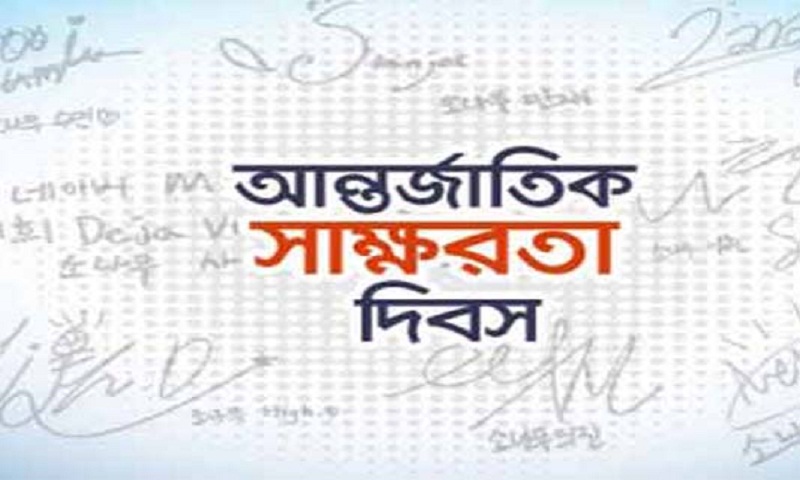 Like other countries around the globe, Bangladesh is being observed the International Literacy Day today (Saturday) in a befitting manner.
“Literacy and skills development” is the global theme of this year which is targeted to help in promoting awareness of the importance and relevance of literacy and adult learning.

In this regard, Primary and Mass Education Minister Mostafizur Rahman held a press briefing at his ministry office on Friday.

The minister, at the press briefing, revealed that the country has been witnessing continuous surge of its literacy rate for the last nine years since 2009.

The minister also told the press conference that the literacy rate of Bangladesh is now up to 72.9 per cent.

The government is implementing various schemes in the education sector with the major objectives of ensuring education for all and setting a standard in education, he added.

On the occasion, a colorful rally would be organised from Shaheed Minar to Bangladesh Shilpakala Academy (BSA) at 8 am. Mostafizur Rahman is scheduled to join the rally.

The inauguration programme of the Day would be arranged at Jatiya Natyashala (National Theatre Hall) of BSA at 9 am where Mostafizur Rahman will be present as the chief guest. Different government and private organisations will also organise various programmes to mark the day in a befitting manner.

Commemorative postal stamps, posters will be released, special supplements will be published, rallies will be brought out and major roadways will be decorated marking the day.

The International Literacy Day is celebrated throughout the world marking the 52nd anniversary of the World Congress of Ministers of Education on the Eradication of Illiteracy, held in Tehran, Iran in 1965.

Fuel price will be reduced once it falls in global market: Hasan