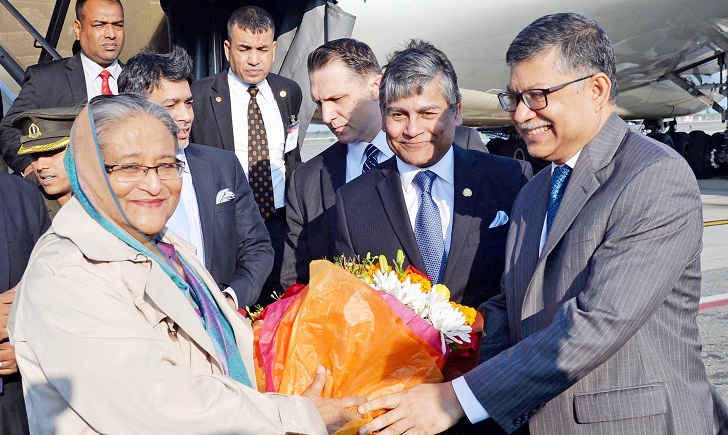 Bangladesh Ambassador to the USA Mohammad Ziauddin and Bangladesh permanent representative to the UN Masud Bin Momen received her at the airport.

After the reception at the airport, a ceremonial motorcade escorted the Prime Minister to Hotel Grand Hyatt New York, where she will be staying during her visit to the USA.

On the first day of her visit to the USA, Sheikh Hasina will attend a reception to be accorded to her by the Bangladeshi community in the United States at Hotel New York Hilton Midtown in the evening.