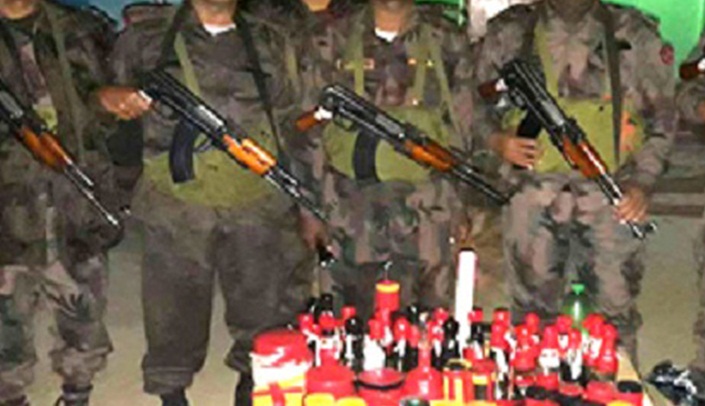 Habiganj Correspondent : Police in a drive recovered six crude bombs and five petrol bombs from Rakhi village in Chunarughat upazila early Tuesday.
Tipped off, a team of police conducted a drive in the area and recovered the bombs from a makeshift shop in an abandoned condition, said AKM Azmiruzzaman, officer-in-charge of Chunarughat Police Station.The seized bombs were sent to the bomb disposal unit, said OC.

However, none was arrested in this connection.

2018-09-25
Mr. Admin
Previous: Weight loss diet, what are negative calorie foods and why they matter
Next: The UK to help the Government of Bangladesh in tackling child labour