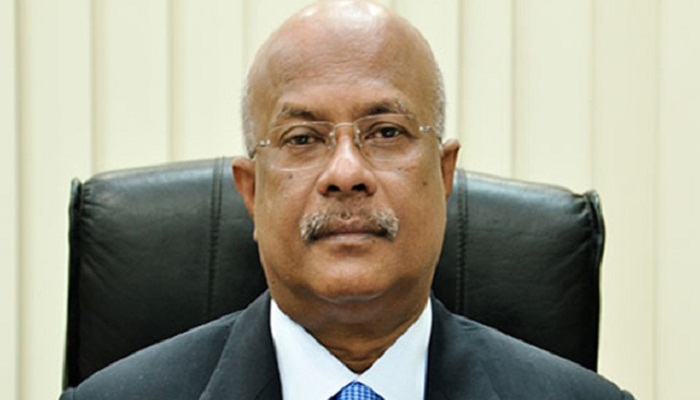 Anti-Corruption Commission (ACC) Chairman Iqbal Mahmood on Monday said that an investigation into a graft allegation against former Chief Justice SK Sinha is going on, but no proof has been found yet.

The watchdog does not take legal action without any conclusive evidence of corruption, he said while replying to a query from reporters at the ACC headquarters in the capital.

He made the statement while newsmen drew his attention to the recent remarks of Law Minister Anisul Huq and ACC lawyer Khurshid Alam Khan that the commission will take legal action against SK Sinha over graft charges.

“Ministers can say everything, but the commission is an independent body that doesn’t file any case on anyone’s instruction,” Mahmood said.

The ACC chief said that such statements are not acceptable.

On April 25, the ACC started a probe into a complaint that Tk 4 crore was deposited into the bank account of SK Sinha from two accounts of Farmers Bank.

The commission has so far interrogated two businessmen — Niranjan Chandra Saha and M Shahjahan – about the graft allegation.