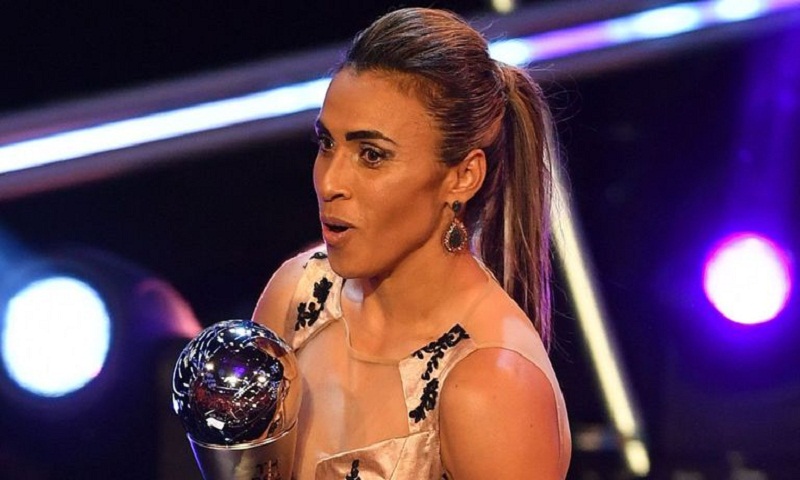 Marta has been named the Best FIFA Women’s Player ahead of Lyon duo Ada Hegerberg and Dzsenifer Marozsan.
The Brazilian forward picks up the accolade after captaining her country to Copa America glory.

The Orlando Pride striker is regarded as one of the greatest female players of all time and holds the record for the most goals at the World Cup – with 15 strikes from 17 outings.

Though Hegerberg and Marozsan narrowly missed out, their coach Reynald Pedros picked up the Best FIFA Women’s Coach award after steering Lyon to the French league and Champions League last season.

Lyon have been European champions for the past three years, while they have won the French title every year since 2006.