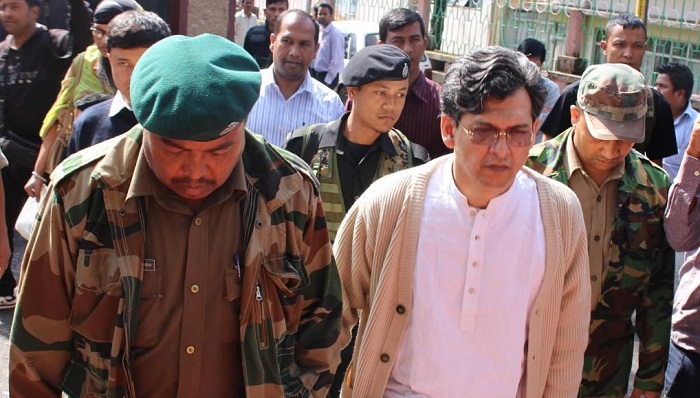 A Shillong court, in Indian state of Meghalaya, will deliver its verdict on BNP leader Salahuddin Ahmed on 28 September (Friday), who has been charged with illegally entering the Indian territory.

The court of the first class judicial magistrate DG Kharshiing on August 13 (Monday) reserved the order after ending of the proceedings.

Shillong police arrested Salahuddin Ahmed for entering India without valid documents and filed the case against him on 11 May in 2015.

According to the lawyers dealing with the case, the lower court ended the proceedings on August 13 (Monday) after over three years and was to deliver the judgment on the day but it was reserved.

If the court indicts Salahuddin Ahmed, he may be handed a maximum of five years in jail.

Salahuddin’s lawyer AP Mahante told that the announcement of the verdict has been deferred four times.

Salahuddin told the court that he was abducted from his home in March 2015. Two months later, he found himself in Shillong.

He was a joint secretary general of BNP when he was ‘abducted’. He has been made a member of the BNP’s standing committee. the party’s highest policymaking forum.

Salahuddin was also a member of parliament in 2001. He later became a state minister as well.