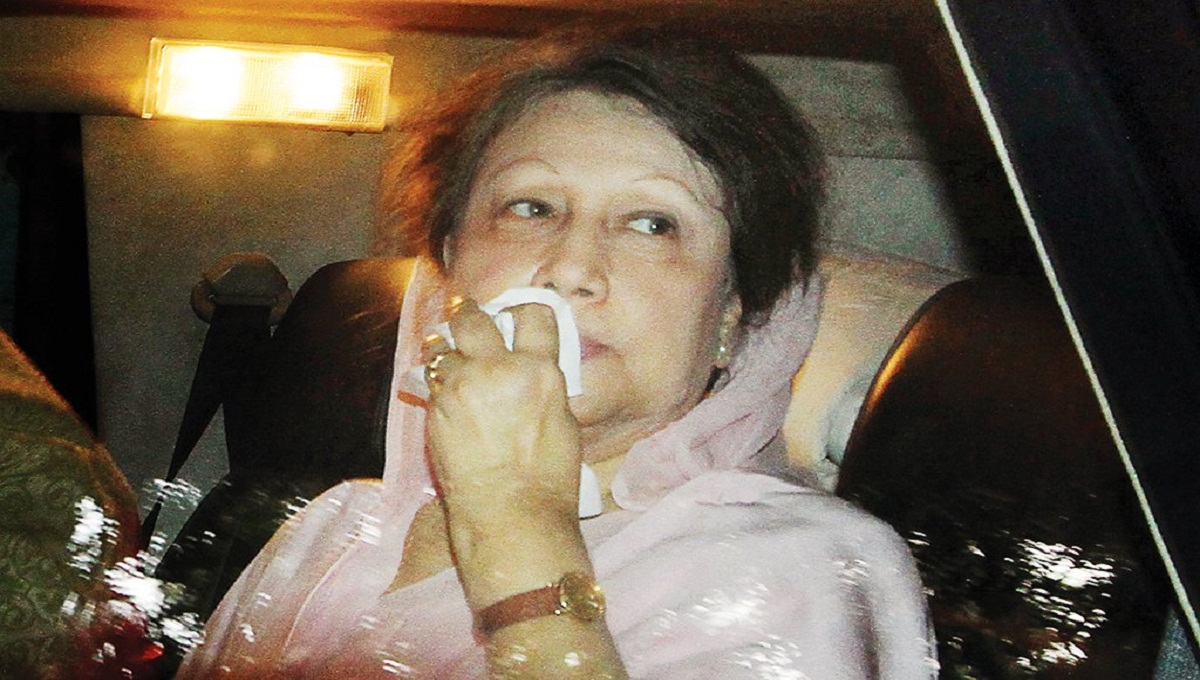 In the petition, Khaleda’s lawyer Kaisar Kamal also sought issuance of a rule from the High Court seeking explanation why the trial proceedings in Zia Charitable Trust corruption case in absence of the BNP chief will not be declared illegal.

The petition also sought stay on the trial proceedings in the Zia Charitable Trust graft case until disposal of the rule.

On Septembers 20, Special Judge Court-5 ordered continuation of the trial proceedings of the case at the Old Dhaka Central Jail in absence of the BNP Chairperson.

On September 4, Law, Justice and Parliamentary Affairs Ministry issued a gazette notification to hold the trial of Khaleda Zia in the case at the Old Dhaka Central Jail after setting up a makeshift court there.

The following day, Khaleda was produced before the special court-5 when she stated that she is sick and she will neither be able to appear before the court repeatedly nor can stay there for a long time.

The case was filed by the ACC with Tejgaon Police Station in August, 2011 accusing Khaleda Zia and three others of abusing power to raise funds for the trust from unknown sources.

The BNP chairperson is now at the Old Central Jail, serving five years’ rigorous imprisonment as she was convicted in the Zia Orphanage Trust graft case on February 8 this year.