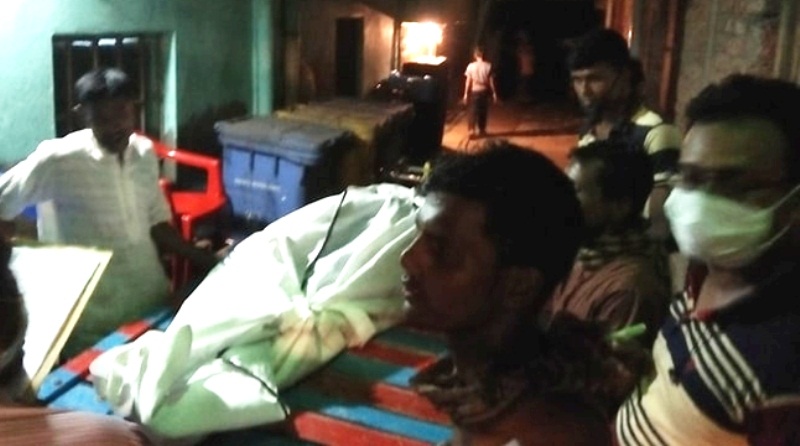 Photo: Police recover the body of a businessman from Boba Colony area in Chattogram on Wednesday.

Chattogram, Sept 27 : Police recovered the body of a businessman, who reportedly went missing on September 17, from Boba Colony in New Mooring area of the port city on Wednesday night

The deceased was identified as Syed Hossain, 40, son of Azmal Hossain of Gosail Danga area in the city.

Utpal Barua, officer-in-charge of EPZ Police Station, said Syed had lend around Tk one crore to his business partners Arman Kabir and Erfan Kabir, who are also brothers, in several instalments for business purposes.

Later on September 17, his business partners invited him to a house in Boba Colony saying that they will return the money. Since then Syed remained missing.

After an investigation, police detained Arman and Erfan on Wednesday night. Following their confessional statement, police dug up the decomposed body from near the house, the OC said.