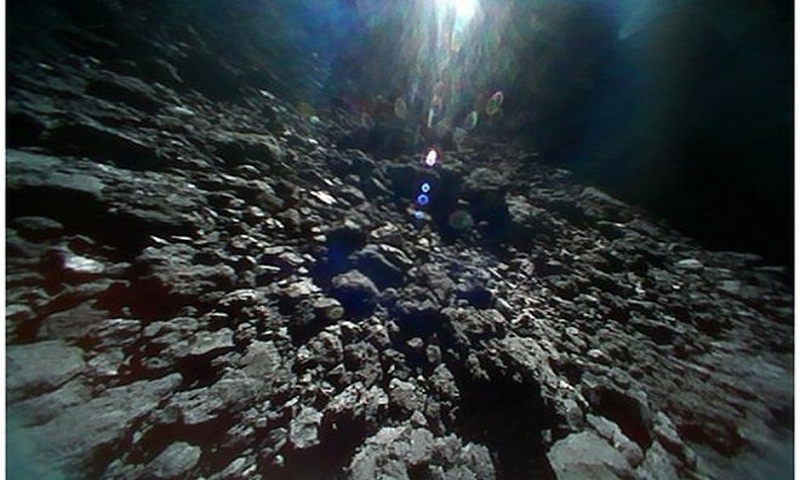 Japan’s space agency (Jaxa) has released new images from the robot rovers it has deployed to the surface of an asteroid.
The photos reveal new details of the surface of the space rock, which is known as Ryugu.

On 21 September, the rovers were released on to the surface by the “mothership”, Hayabusa 2.

Hayabusa 2 reached Ryugu in June after a three-and-a-half-year journey.

The pictures show in clear relief the rugged, boulder-strewn landscape of this striking Solar System body.

The robots, known as Rover 1A and Rover 1B, are now both confirmed to be working on the surface of the space rock.

The 1kg autonomous rovers move about by hopping, using the asteroid’s low gravity. Each one contains a motor-powered internal mass that rotates to generate force, propelling the robot across the surface.

On Friday, Hayabusa 2 descended to about 60m in order to release the rovers, which had been stored in a container on the base of the spacecraft.

One of the principal concerns for deployment was Ryugu’s rougher-than-expected surface, which is carpeted with boulders and has very few smooth patches.

The 1kg rovers are equipped with wide-angle and stereo cameras to send back pictures. Spine-like projections from the edges of the hoppers are sensors that will measure surface temperatures on the asteroid.

The 900m-wide space rock known formally as 162173 Ryugu belongs to a particularly primitive type of asteroid.

It is thought to be a relic left over from the early days of our Solar System, so studying it could shed light on the origin and evolution of our own planet.