Interim govt may be formed with parties having JS representation: PM 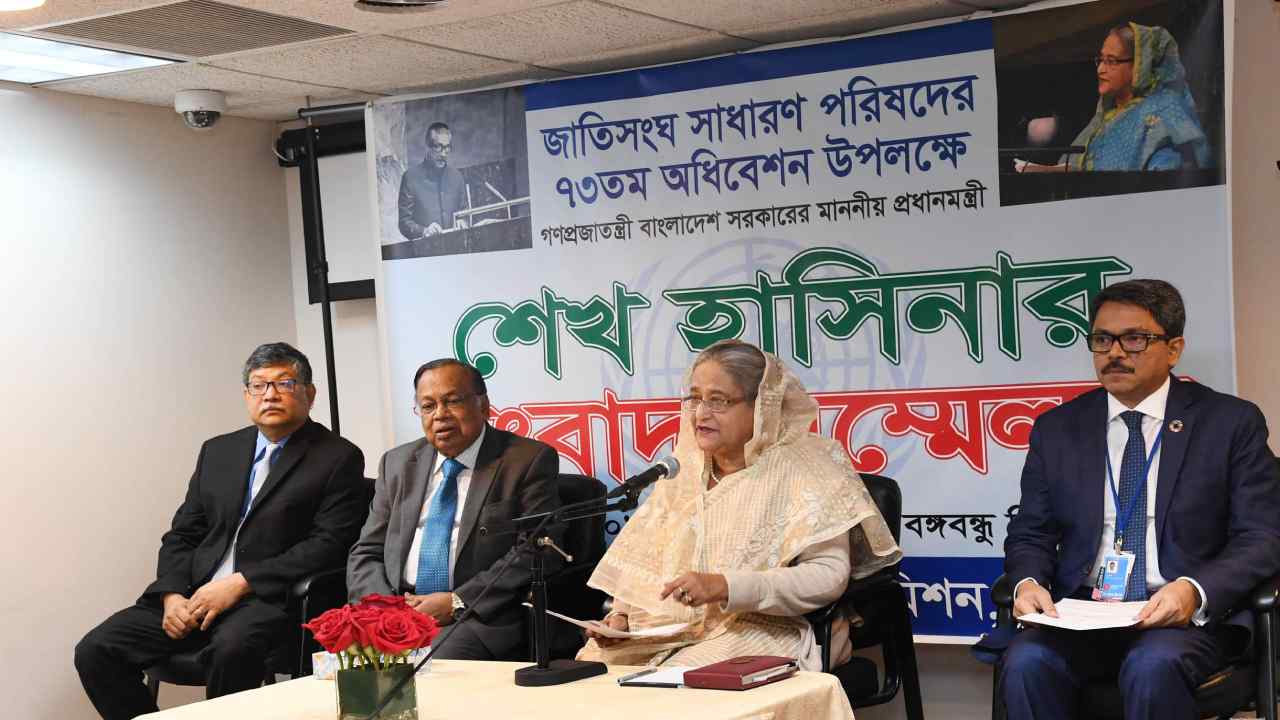 New York, Sept 28 : Prime Minister Sheikh Hasina on Friday said a government may be formed with representatives from the political parties having representation in Parliament ahead of the next general election.

“I talked to the Opposition Leader (Raushon Ershad). If they want, they can join us,” she told a press conference here while replying to a question over the formation of the interim government.

The Prime Minister further said, “If all political parties having representation in Parliament want, we may form a government during the election with their representatives — no matter whether it is the ruling party or opposition, but there is no definition of election-time government here.”

Justice Sinha, now in the USA, has recently written and published his autobiography mentioning various reasons behind resignation as Chief Justice.

The publication ceremony of the book is scheduled to take place at Washington, USA on Saturday.

“Please unveil who’re providing money for launching the book and whether any journalists like you or any newspapers are involved in it and how much help they are providing,” Hasina said.

She said, “You’ll have to find out whether any noted lawyer is correcting the script or any newspaper or its owners is patronising.”

Sheikh Hasina arrived here on September 23 and delivered her speech in the UN General Assembly on Thursday last.