Padma Bridge to be named after Sheikh Hasina: Obaidul 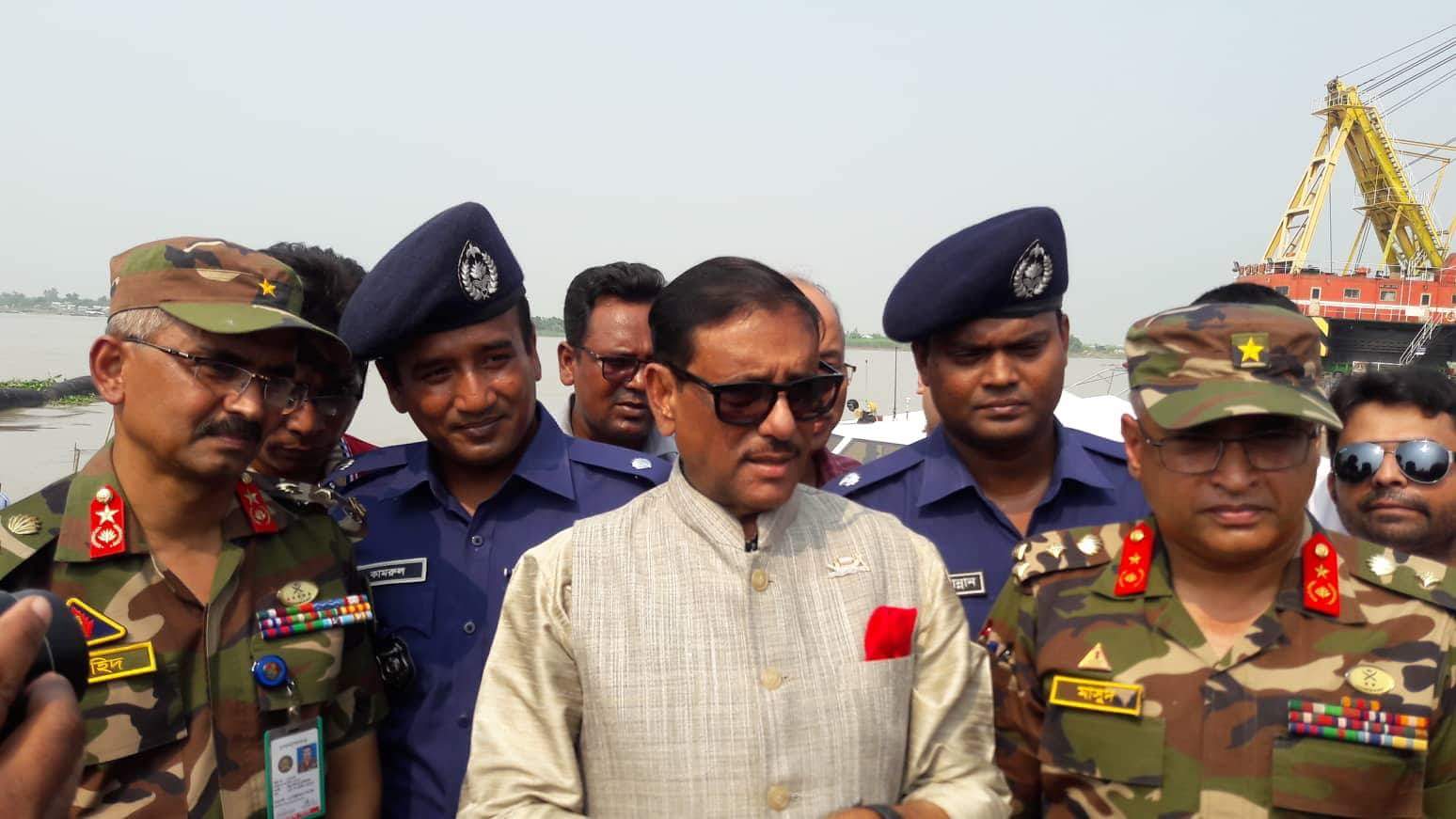 Shariatpur, Sep 29 : The under construction Padma Bridge will be named after the Prime Minister Sheikh Hasina.

Road Transport and Bridges Minister Obaidul Quader told this to journalists while he was visiting the project site at Jajira upazila in the district on Saturday afternoon.

Quader, also the Awami League general secretary, said already 70 percent work of the main bridge and 59 percent of overall project have been completed.

“The project work of Padma Bridge has been delayed due to natural calamities otherwise, it would have been completed in proper time”, the AL leader said.

Shariatpur and Madaripur Deputy Commissioners (DC), some senior officials of different law enforcing forcers and army were also present there.