PM Sheikh Hasina for use of EVM in polls 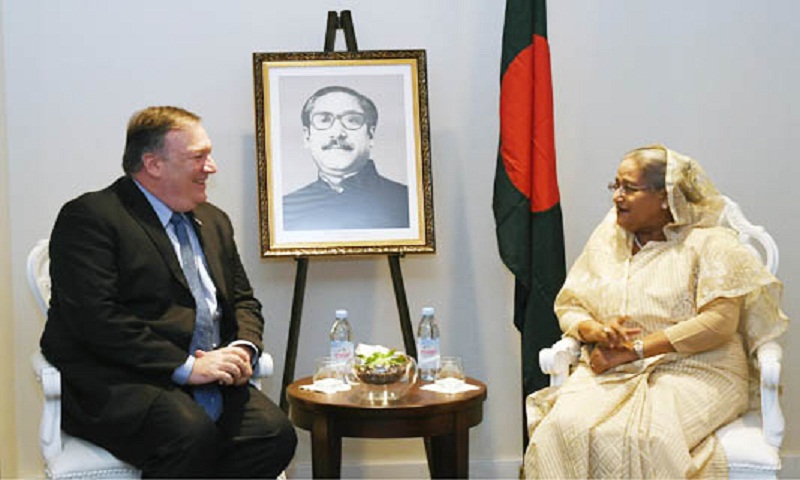 “During the meeting, we’ve discussed the issue of our election system. The EVM project has been approved (by the ECNEC) and we want the EVM be used,” she told a press conference here this morning.

At the outset of the press conference, the prime minister talked about her meeting with the US Secretary of State. “A fruitful meeting was held with him and discussion on the Rohingya issue and our election took place,” she said.

The prime minister said the United States want that democratic system in Bangladesh to continue and the elections be held here in a free and fair manner.

Replying to a question about the meeting, Sheikh Hasina said apart from the Rohingya and election issues, the cooperation on counterterrorism as well as the issue of training to combat terrorism came up for their talks.

The prime minister is now in New York to join the 73rd Session of the UN General Assembly (UNGA).

She will leave here for home this evening local time and reach Dhaka in the morning on October 1 via London.