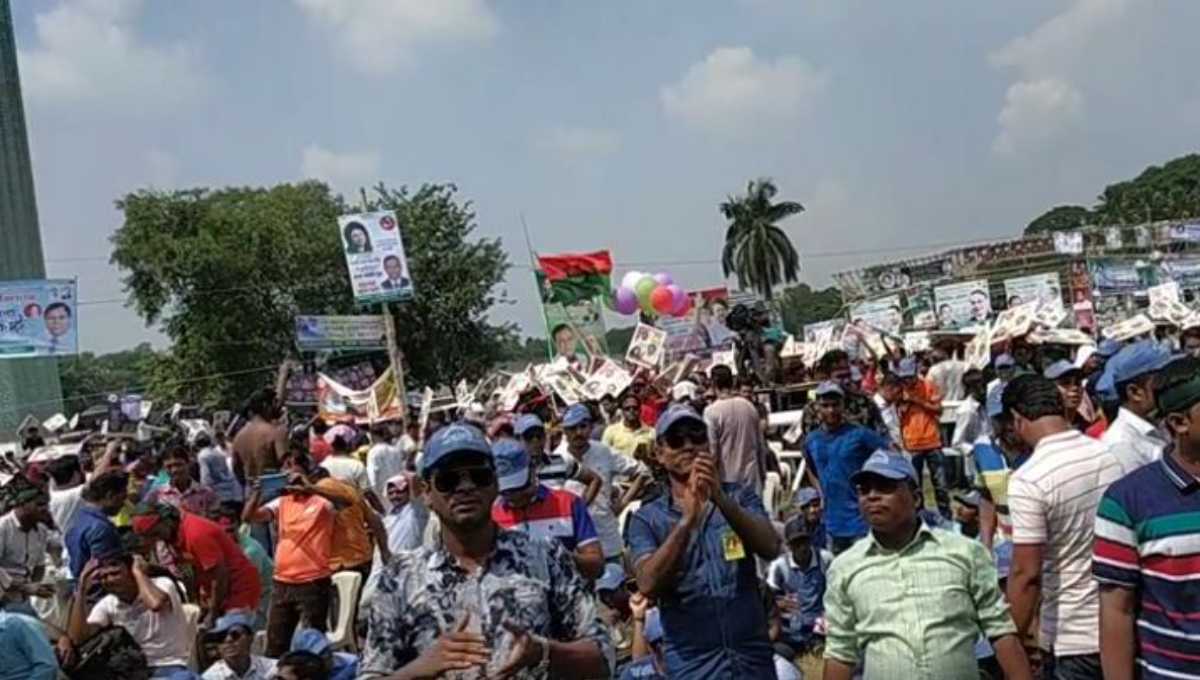 Photo: A part of the crowd gathering at Suhrawardy Udyan to attend BNP’s public rally on Sunday.

Dhaka, Sept 30 : BNP’s public rally began at Suhrawardy Udyan here on Sunday afternoon where the party leaders are expected to unveil their various demands and plans over the next general election.

The rally formally began around 2pm with recitation from the holy Quran.

Though BNP chairperson Khaleda Zia has been in jail since February 8, the party has made her the chief guest of the rally as a mark of respect to her. Party secretary general Mirza Fakhrul Islam Alamgir is presiding over the rally.

Party insiders said Mirza Fakhrul Islam is likely to place a seven-point demand and a 12 or 13-point vision of the party at the rally.

The party’s demands include releasing party chairperson Khaleda Zia from jail, forming a neutral election-time government, dissolving current parliament and cabinet, creating a level-playing field by withdrawing all the political cases and releasing all the political prisoners, reconstitution of the Election Commission, deploying army and discarding electronic voting machines (EVMs) in the election.

In the 12-point vision, the party will say what stapes it will take to improve the country’s political culture, get rid of the politics of vengeance, ensure good governance, democracy and fight against extremism and ensure Bangladesh’s territory not to be allowed to use to carry out criminal activities against other countries, including India.

Hundreds of party leaders and activists started gathering at the venue in small processions since morning.

Huge law enforcers have been deployed in and around the rally venue to maintain law and order.

One of the conditions is that the rally will have to be concluded by 5pm.

On Saturday, the Dhaka Metropolitan Police (DMP) authorities permitted BNP to hold the rally at Suhrawardy Udyan with 22 conditions.

The conditions include not using any provocative words and refraining from carrying any sticks, large banners and creating any barriers to public life.

BNP secretary general Mirza Fakhrul Islam Alamgir said they will unveil their party’s future course of action and strategy at the rally.