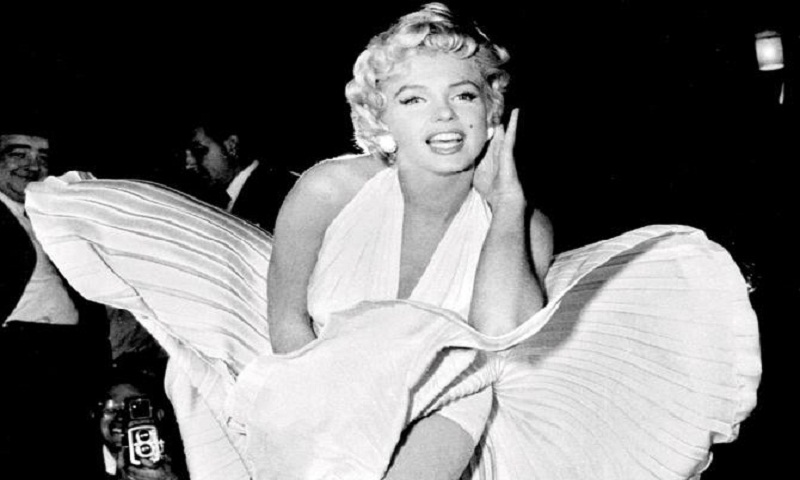 Late Hollywood veteran star Marilyn Monroe’s black Ford Thunderbird is up for auction. The car is expected to fetch up to USD 500,000 when it goes under the hammer at an upcoming Julien’s Auctions event in November, reports aceshowbiz.com.
Monroe owned the car from 1955 to 1962 after buying it before she married playwright Arthur Miller. A published report at the time suggests the actress and Miller arrived for their civil wedding ceremony on June 28, 1956 in the vehicle. Reports suggest it was a Christmas gift from her business partner and photographer, Milton Greene.

She passed it on as an 18th birthday gift to John Strasberg, the son of director and acting coach Lee Strasberg and his wife, Paula. The legal transfer of the vehicle took place months before Monroe’s death on August 5, 1962.

“Once in a while something comes along that has a powerful magic about it, a charisma, because of everything and everyone associated with it,” Darren Julien, the president and CEO of Julien’s Auctions, told World Entertainment News Network.

“This wonderful black Ford Thunderbird is not only part of automotive history but comes with an aura of glamour, romance and tragedy of a true Hollywood legend. It will make the centrepiece of any classic car collection and be an object of fascination to millions,” he added.

The unnamed current owner said: “I found the vehicle in lovely show condition. Nevertheless, the car has received a frame-off restoration to its exact original appearance by Prestige Thunderbird, Inc., of Santa Fe Springs, California.

“Finding this car, a classic two-seater model, after 56 plus years of its unknown whereabouts, was a singular event. No other car has been located and documented as owned by the incomparable Marilyn Monroe.”

The car features “a raven black exterior with an elegant black and white interior.”