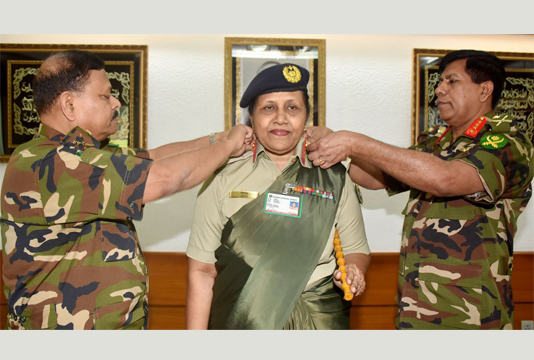 Bangladesh Army promoted Dr Susane Giti to country’s first woman major general as she was adorned with the new rank badge at Army Headquarters in the city on Sunday.

Giti passed MBBS from Rajshahi Medical College in 1985. In 1986, she joined Bangladesh Army as a physician. She attained FCPS degree in Hematology in 1996.

At present, she is working as the head of Pathology Department at Armed Forces Medical College.

According to the release, Dr Giti’s promotion opened a new horizon towards Prime Minister Sheikh Hasina’s epoch making step in women empowerment in the country.