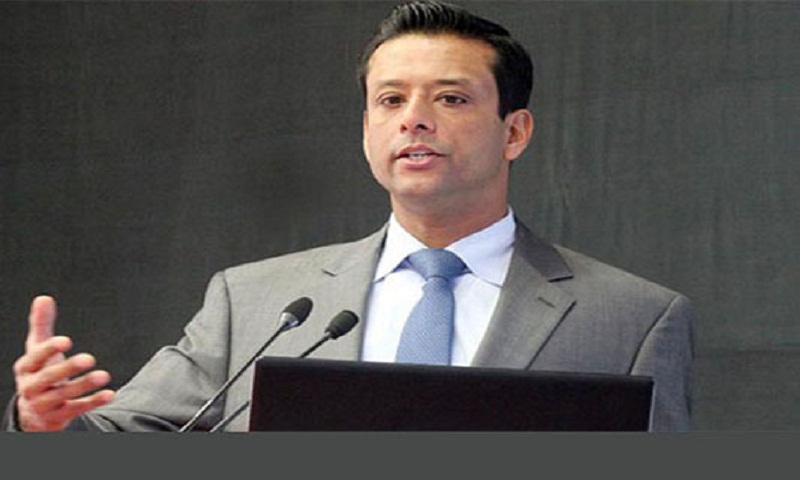 Prime Minister’s ICT Adviser and son Sajeeb Wazed Joy said journalists and editors who have no intention of publishing falsehoods have nothing to worry about the Digital Security Act 2018 as it was created to protect citizen data and privacy.
“With regards to hacking and covert surveillance in Government offices and computers, this was created to protect citizen data and privacy. We did not have any specific laws against hacking and theft of data until this Act. How are we supposed to prosecute hacking and theft of your data without this law? “, Joy said in a facebook post where he expressed his opinion about the criticisms by certain quarters about the Digital Security Act.

He said government computers hold the National ID numbers and many other details of all our citizens. Bank accounts, health records, land records, etc. are all being digitized and stored, he added. “If these are hacked, who will be to blame? You will blame the Government. As the ICT Advisor I had recommended these laws to prevent hacking,” Joy said, adding that even digital surveillance inside government offices could capture pictures and videos of documents with citizen data. Audio surveillance could expose citizen information being discussed, Wi-Fi passwords, etc, he added.

“I understand this makes journalist’s job harder, but should journalists be allowed to hack and capture any information, including citizen data being discussed inside a government office, in order to expose someone corrupt?,” he said.

No country in the world allows journalists to obtain data through illegal means, including the EU and US, he said, adding that covert surveillance inside any US government office is illegal, even for journalists. Journalists must obtain their information through other sources, he added.

Mentioning the comments of foreign missions about the law, Joy said, “I have a question for the foreign missions that have complained about this act; can journalists bring in hidden surveillance equipment inside your missions?”.

About another complaint with regards to distorting the history of Bangladesh Liberation War, Joy said, “We have seen how after August 15th 1975 the BNP and Jamaat distorted the history of our Independence and the true story of the Father of our Nation Bangabandhu.” BNP and Jamaat used these distortions to justify bringing back War Criminals and making them Ministers, along with giving the killers of Bangabandhu choice postings, he said.

“Should there be no law against this? Should we not prevent this from happening in the future? Anyone who is against this section cannot be a true Bengalee. They must be a hidden Jamaat supporter and Rajakar,” he questioned.

“I actually had this modeled on EU member state Holocaust Denial Laws. In 16 European countries, including most of the ones whose missions have complained about our Act, you can be imprisoned for just saying less people were killed in the Holocaust,” Joy said.

“If you can have your Holocaust Denial Laws, why can’t we have this law? If our law is in violation of UN and Human Rights charters, then are not your laws as well? This section must not be touched,” he said.

About the parts that deal with false electronic publications that incite violence and religious sentiment, he mentioned that in Ramu, a false post about the Holy Quran being burnt led to an entire Buddhist village being attacked. Such incidents have occurred many times in our country and the most recent student protests were a prime example of false social media posts inciting people to violence, he said.

” How are we supposed to deter such false incitement to violence without this Act?,” he questioned.

It is true this is partially covered by criminal law itself. Believe it or not, if you say or write something false that causes someone to commit violence against someone else, you can be charged with the crime and this is the case in all countries, including the US, he said.

“In some European countries, especially Germany, there are laws against hate speech and inciting violence against people and our Act is no different,” he said.

About another complaint that anyone can be arrested or searched for criminal activity under this Act without a warrant, he said a warrant is only needed during investigation after the fact. During the commission of a crime no warrant is needed for arrest or search. “This is basic criminal law in any country, including ours. If you call the police to report a theft, should they wait to get a warrant before arresting the thief and searching their belongings for the stolen items? Similarly, if the police track someone hacking online and locate them, should they wait for a warrant before stopping them?,” he said.

In the US and most countries, if the police track someone online while they are doing something illegal, they can arrest them and search the location where they are without a warrant, Joy said, adding, ” A warrant is only needed if they want to arrest or search after the criminal act is over and the evidence points to that person. A warrant is never needed if they catch them in the act”.

Mentioning the section about false publications that demean the State, Joy said, “I agree that this in effect gives the Courts the power to decide what the truth is and what is false. However, take a look at the recent history in our country. Neither our Press Club nor the Editors’ Council, indeed no media body has ever enforced their own charter of ethics and conduct. The current head of the Editors’ Council is Mahfuz Anam, who confessed on television to running a false smear campaign against our Prime Minister Sheikh Hasina during the 1-11 dictatorship”.

“In the US or EU he would have been forced to resign from journalism and he would never be employed as a journalist or editor again. By contrast in Bangladesh the Editors’ Council jumped to his defense and has now even made him General Secretary,” he said.

“I find this astounding. Since the EU and US Embassy have issued their opinion on this Act, they should also issue a statement on Mahfuz Anam’s confession as the Editor of a major national newspaper. Otherwise, they are being partisan and interfering in our internal affairs. The hypocrisy is mind boggling!,” he added.

“What does this also say about the ethics of the Editors’ Council itself? Clearly they have none. In effect, the Editors’ Council is saying that they should be allowed to run smear campaigns against governments and try to topple politicians they don’t like with complete disregard for the truth. If they can do this to Sheikh Hasina, where does that leave the future of our country?,” Joy said.

“Since editors are not willing to follow their own ethical guidelines, we can let the Courts decide what is true and what is false. Arrest does not automatically mean imprisonment. The government has to prove they knowingly published falsehoods. The burden of proof is on the government,” he added.

If the Editors’ Council wants these sections changed, then they must enforce their own charters first. Any editor or journalist who has published anything false must be removed and never again be allowed to serve as a journalist or editor,” Joy concluded.