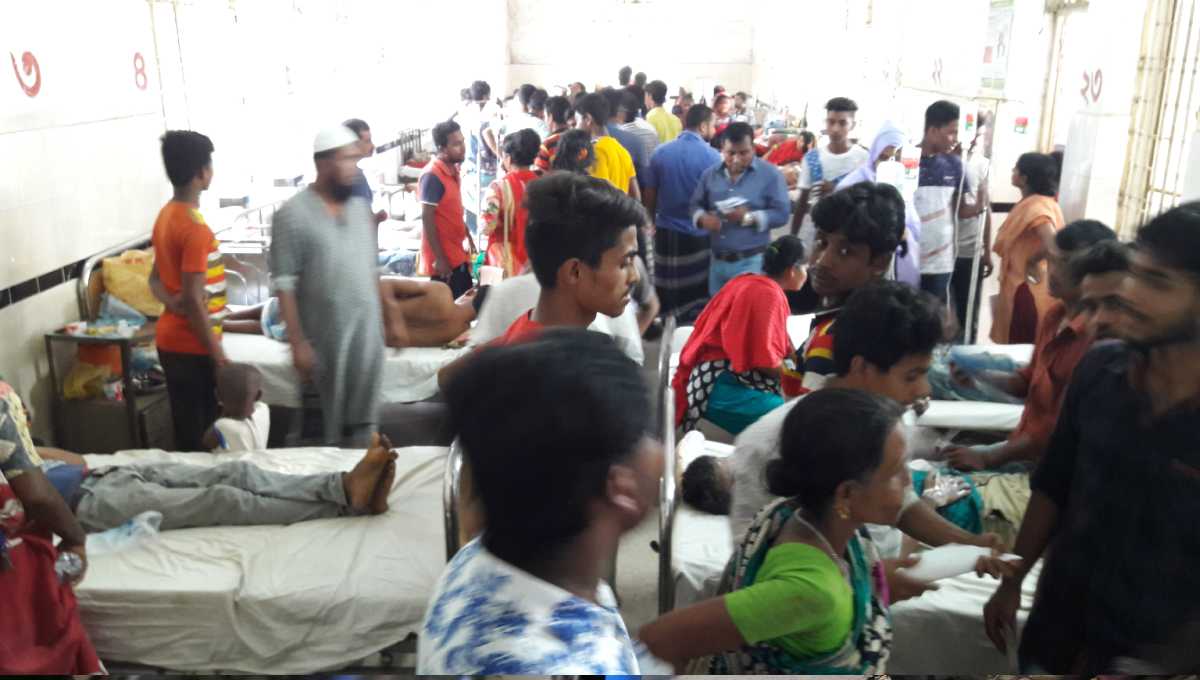 Photo: Injured by the blast at fan factory are given treatment at Shaheed Ahsan Ullah Master General Hospital on Tuesda, October 2, 2018.

Gazipur, Oct 2 : At least two workers were killed while 20 others injured following a blast at the heat chamber of a fan factory in Tongi here on Tuesday.

The deceased were identified as Taijul Islam, 18, and Samsul, 20, son of Saheb Ali.

Confirming the incident, Parvez Hossain, medical officer of Shaheed Ahsan Ullah Master General Hospital, said the injured were given treatment at the hospital.

A fire broke out following the blast at ‘National Fan Factory’ around 11:30 am, leaving two male workers dead on the spot and 20 others injured, said the duty officer at the Fire Service and Civil Defence station in Tongi.

On information, a team of firefighters rushed in and brought the fire under control around 11:30 am, he added.