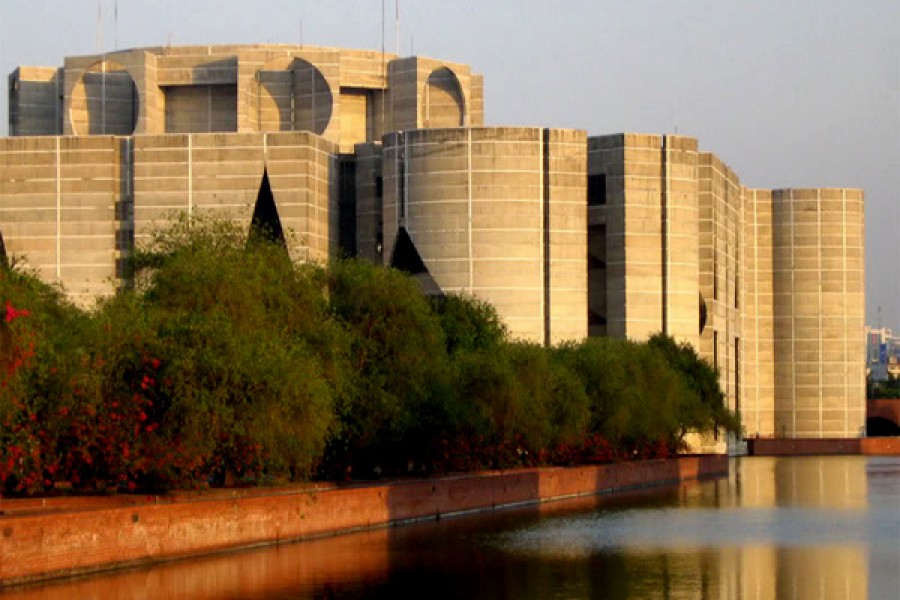 Dhaka, Oct 3 : The High Court on Wednesday fixed Sunday for hearing the writ petition filed seeking its directives on dissolution of the 10th parliament 42 days ahead of the national election and formation of a caretaker government.

A HC bench of Justice Moyeenul Islam Chowdhury and Justice Md Ashraful Kamal fixed the date following a hearing on the petition today.

On October 1 last, Supreme Court lawyer Eunus Ali Akond filed the writ with the bench concerned of the High Court seeking its directives on dissolution of the 10th parliament 42 days ahead of the next national election as well as formation of a caretaker government.

The writ also sought issuance of a rule asking the respondents to take steps for dissolving parliament and forming a caretaker government.

It also sought an order staying the announcement of the election schedule until the rule is disposed of.