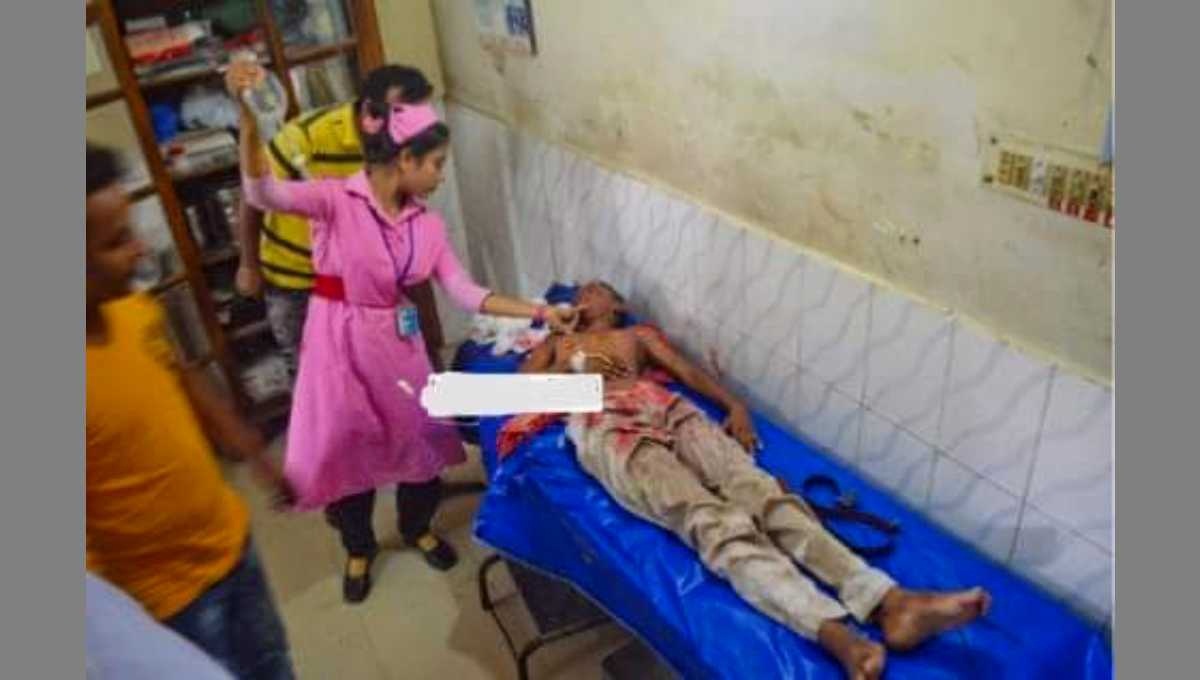 Photo: A student, who sustained burn injuries after a gas cylinder blast in Ishwardi upazila headquarters, is being treated at the Upazila Health Complex on Thursday, October 4, 2018.

Zobair Hossain, Upazila Nirbahi Officer, said the gas cylinder of a balloon vendor went off with a big bang, 60 meter away from the main stage, leaving four students and the vendor injured.

Later, they were taken to Ishwardi Upazila Health Complex from where five of them were sent to Rajshahi Medical College Hospital, he added.

2018-10-04
Mr. Admin
Previous: Bangladesh will no longer depend on others: PM
Next: SC upholds HC order on Shahidul’s division in jail