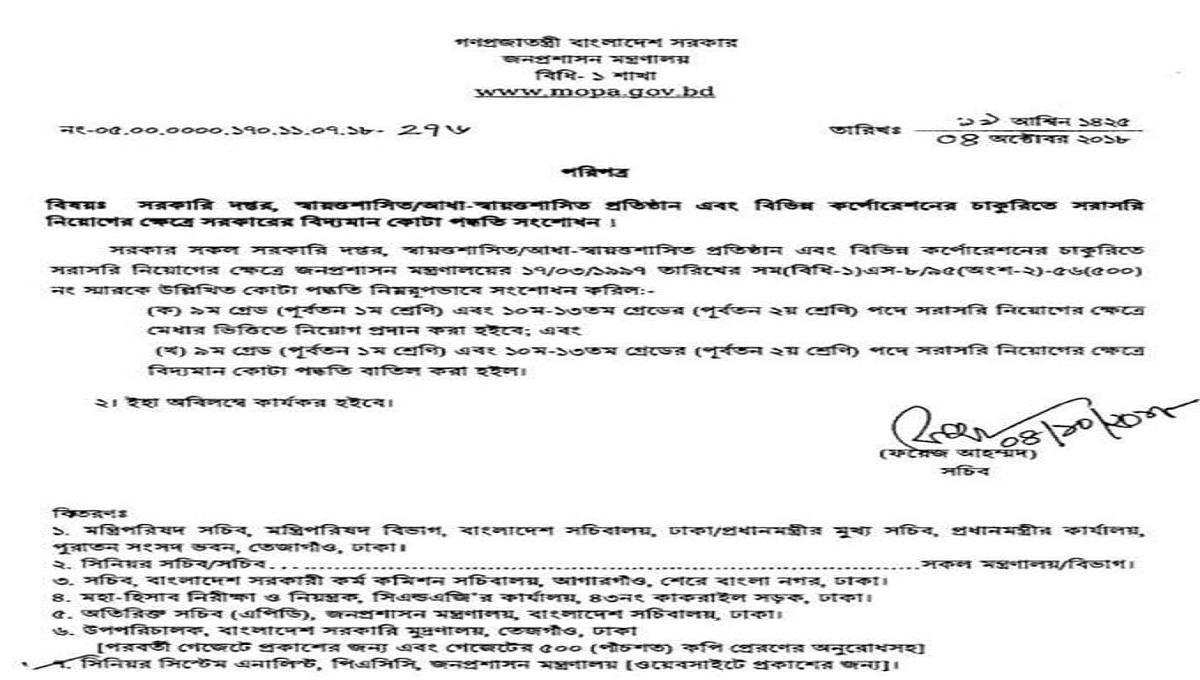 Dhaka, Oct 4 : The government has issued a gazette notification abolishing the existing quota system in the recruitment process of the first and second class government jobs.

The Public Administration Ministry issued the notification on Thursday with immediate effect, according to the website of the ministry.

As per the gazette, candidates for the first and second class government jobs will be recruited on the basis of merit.

The cabinet on Wednesday approved a proposal for abolishing the existing quota system in the recruitment process of the first and second class government jobs.

The cabinet secretary said the seven-member committee in its report also placed two other recommendations — making recruitment to the grade-9 (ex-1st class) and the grade 9-13 (ex-2nd class) government services on merit basis and taking proper decisions in the future reviewing the impacts of quota abolishment on socio-economic condition of the exiting beneficiaries of the quota system after a certain time.

Explaining the third recommendation, he said, if the necessity of quota becomes inevitable in any changed situation in the future, the government may take steps again in this regard.

On July 2, the government formed the seven-member committee to review the existing quota system in public service.

In April, students of public and private universities across the country waged a strong movement demanding reforms in the quota system in public service recruitment process.

In the face of the movement, Prime Minister Sheikh Hasina announced in parliament on April 11 the abolition of all types of quotas in government jobs.