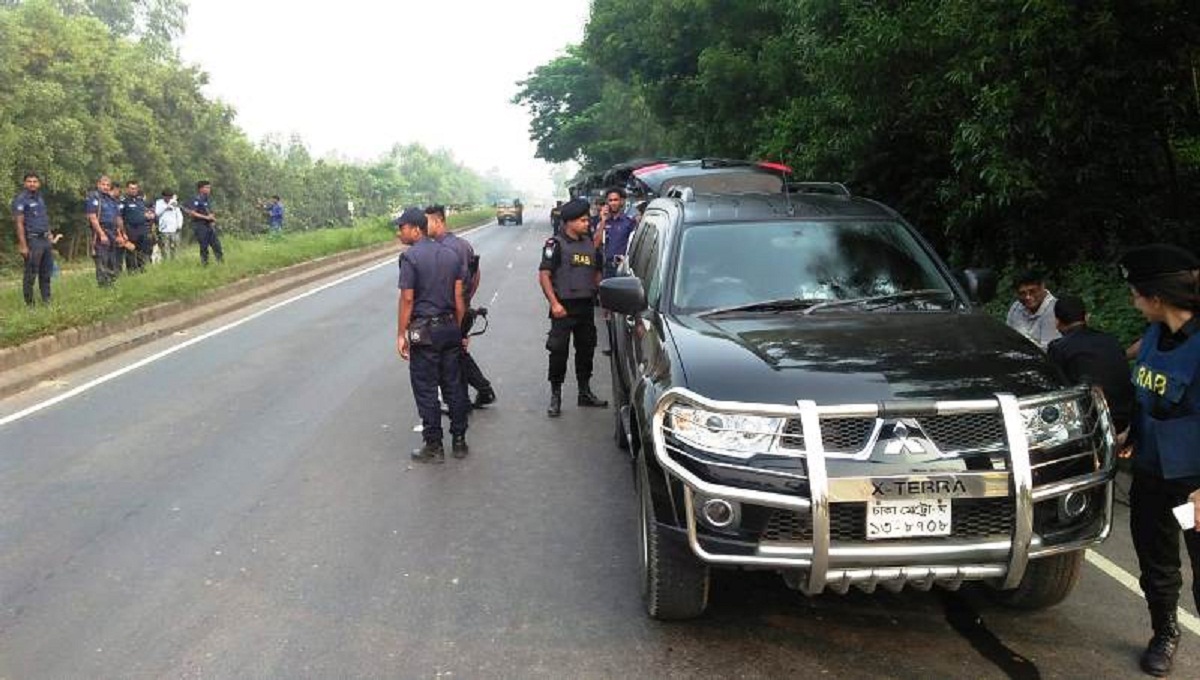 Chattogram, Oct 5 : The bodies of two suspected JMB members were recovered from a ‘militant den’ at Zorarganj in Mirsarai upazila on Friday following a Rab operation there.

The identities of the deceased could be known yet.

Mufti Mahmud Khan, Rab director (legal and media wing), at a press briefing around 11:45 am, said the militants had a target to blow up the Chittagong Court and they made a ‘hideout’ there to make their plan a success.

Besides, an AK -22 rifle which was recovered from the spot was used in the Gulshan cafe attack, he said.

Earlier, a team of Rab conducted a drive in the area around 3 am and cordoned off the house.

At one stage, he said, the suspected militants opened fire and threw bombs at the elite forces, prompting them to retaliate around 4 am.

A bomb disposal unit from Dhaka reached the spot in the morning.

The deceased were said to be the members of the banned militant outfit Jama’atulMujahideen Bangladesh (JMB), said Shafayat.

A man, identified himself as a worker of KSRM re-rolling mills, rented out the house on September 29, said Shafayat.

One AK 22 riffle, three pistols, five unexploded grenades were recovered from the house.

Mazharul Islam Chowdhury, a local trader, purchased a land with a tin-shed house from local people a few days ago.

Rab also detained the house owner and its caretaker for interrogation.

Details of the incident will be made clear once the drive of bomb disposal unit is over, said Mufti Mahmud Khan.