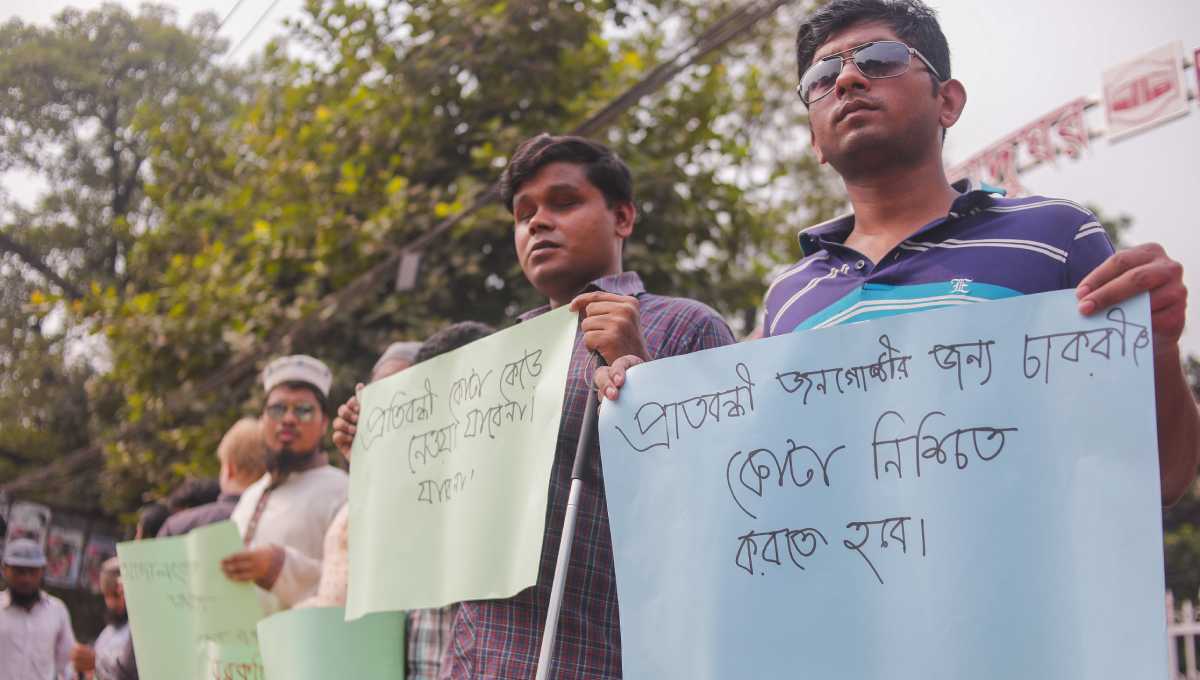 Dhaka, Oct 5 : A group of people with disabilities formed a human chain in front of the National Museum in city’s Shahbagh area on Friday demanding that the 10 percent quota privilege be retained for them in government jobs.

Earlier, the children of freedom fighters under the banner of ‘Muktijoddha Sangsad Santan Command’, a platform of freedom fighters’ blocked Shahbagh intersection in the city for the second consecutive day on Thursday, for retaining 30 percent quota for them in government jobs.

The quota system was abolished following months of mass upsurge of students, which had ultimately rolled into violence. They claim that the quota provision is discriminatory.