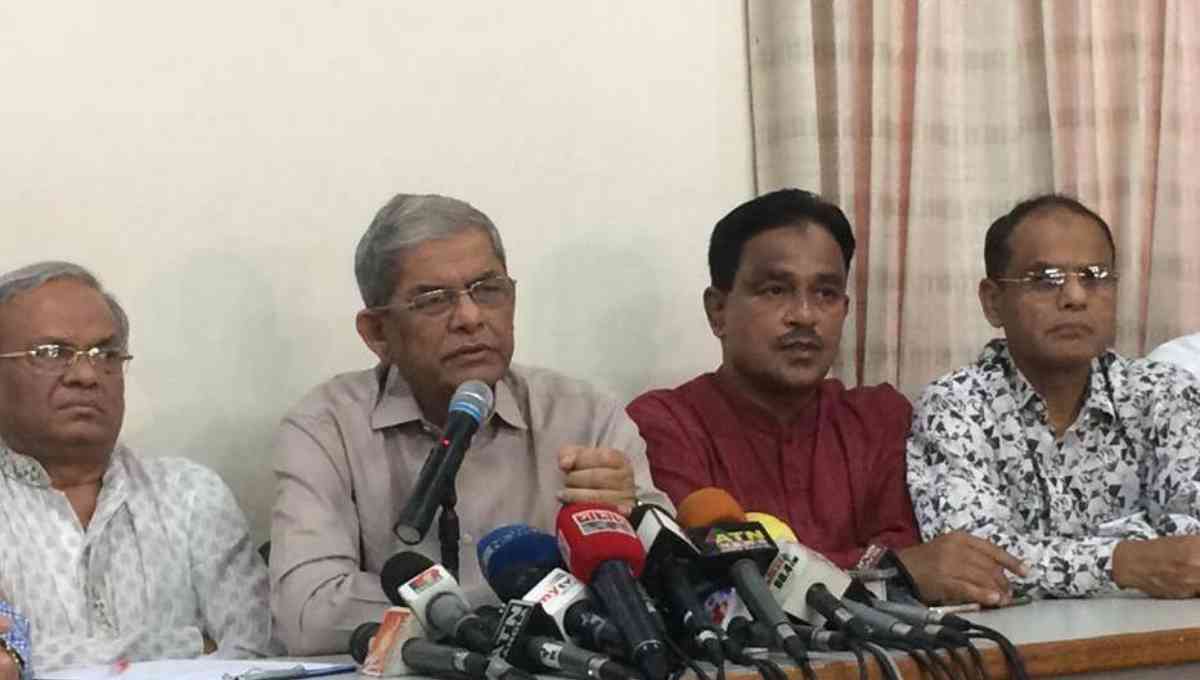 Dhaka, Oct 6 : Presenting statistics that the party’s 25,70,547 leaders and activists have been implicated in 90,340 false cases over the last 10 years, BNP on Saturday alleged that the government is taking all possible steps to keep BNP away from the next election.

“Around 90,340 false cases have been filed against 25,70,547 people till September 30 since 2009. This is incredible! Besides, 276,277 people have been made accused in 4149 fictitious cases from September 1 to October 5,” said BNP secretary general Mirza Fakhrul Islam Alamgir.

Speaking at a press conference at the party’s Naya Paltan central office, he further said these statistics have demonstrated that the government is putting in its all possible efforts so that BNP cannot join the next election.

The BNP leader said their chairperson Khaleda Zia has been kept in jail in a ‘false’ case and Senior Vice Chairman Tarique Zia was sent into exile also in a ‘false’ case while the trial in the cases filed against their senior leaders has been expedited so that they cannot join the next polls.

“The people of the country want a fair election and change of the government, and for this a credible election is needed so that all the opposition parties can participate in it,” he said.

“We would like to clearly say an atmosphere conducive to fair election must be created. Our leader (Khaleda) will have to be freed from jail. All the cases filed against our leaders and activists must be withdrawn and our seven –point demand have to be accepted for creating an election environment,” he added.