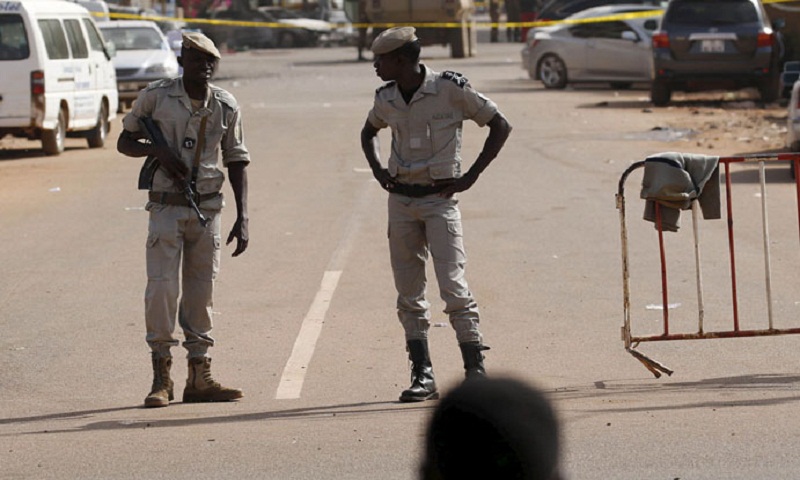 Six police officers were killed in an ambush with an improvised explosive device in northern Burkina Faso, while another member of the security forces died in a blast in the country’s east, security sources told AFP on Saturday.
The first attack took place late Friday on a police convoy in the town of Solle near the border with Mali.

“The leading vehicle ran over a mine and six were killed,” one source said, adding that the convoy then came under gunfire leaving some other officers injured.

Another security source said that “at least” six police had died in Friday’s attack, adding that a search for the attackers was underway in the area.

Separately, one member of the Burkina Faso security forces was killed late Saturday and another was injured when a similar device exploded in the eastern town of Pama, according to a security source.

Local residents say air strikes are being carried out in the forests surrounding Pama, which are known in the region as a refuge for jihadist fighters and bandits.

The African country has seen regular Islamist attacks since the start of 2015, especially the north and east of the country.

According to an official count published last month, such attacks have killed 118 people so far, 70 of whom were civilians.

On Thursday, six soldiers were also killed in the east of the country in similar circumstances.

Last week the opposition held a demonstration in the capital Ouagadougou to protest the government’s inability to stem the increasingly frequent attacks.