Alia Bhatt, Aamir Khan to team up for Ayan Mukerji’s next 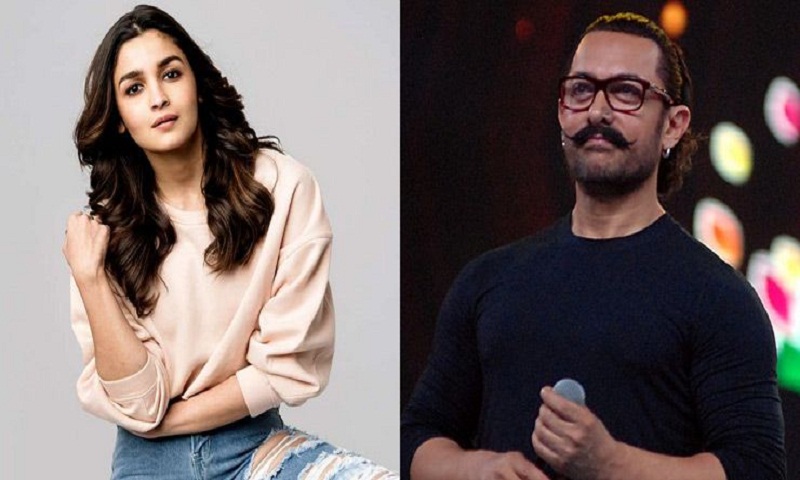 Actress Alia Bhatt was recently spotted outside the residence of Mr Perfectionist Aamir Khan’s residence in Bandra. The actress was accompanied by her ‘Brahmastra’ director Ayan Mukerji.
It has been reported for quite some time now that Alia and Aamir might soon pair up for Osho biopic. In fact, Alia was also seen visiting Aamir’s house with Ayan on Monday after paying her last respect to Bollywood’s first lady Krishna Raj Kapoor.

In the meantime, the ‘Raazi’ actress was sporting a basic black dress paired with black sneakers and a high bun.

On the work front, Alia Bhatt is currently preparing for Ayan Mukerji’s fantasy drama, ‘Brahmastra’, along with Ranbir Kapoor and Amitabh Bachchan. The film is slated for release in August 2019. She has also finished shooting for Zoya Akhtar’s ‘Gully Boy’with Ranveer Singh. She has other big projects like Abhishek Varman’s ‘Kalank’, Anand L Rai’s ‘Zero’ and Karan Johar’s ‘Takht’ in her kitty, reports Zee News.