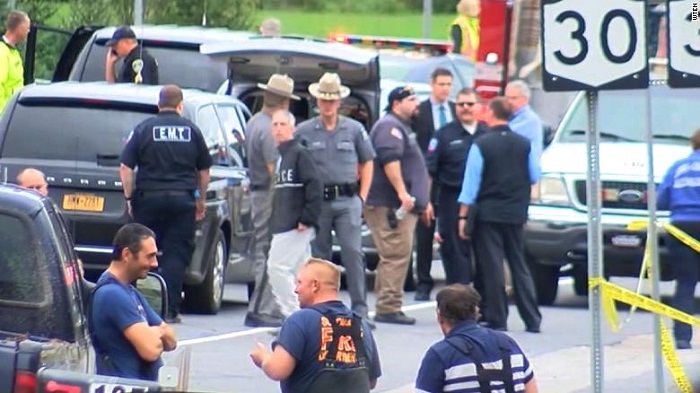 At least 20 people were killed in an accident in upstate New York, authorities said Sunday.

One of the vehicles involved was a limo, the National Transportation Safety Board said.

The NTSB tweeted Sunday morning that it is sending a team to investigate.

The crash happened outside an Apple Barrel Country Store & Cafe.

New York State Police and the Schoharie County sheriff’s office rushed to the scene about 40 miles west of Albany.

Nearby resident Bridey Finnagen said the crash was loud enough to hear from down the road.

“I heard a loud bang. I came out my front door to see what was going on,” Finnagen told CNN affiliate WTEN.

“I saw a lot of people here at the Apple Barrel out in the parking lot. Then I heard screaming. Then I saw this large van, a very unusual looking vehicle, out here in Schoharie in the bushes and really wrecked, hit a tree.”

The cause of the crash remains unclear.