Don't Miss
Home / Bangladesh / Threats are not new to me: Ilias Kanchan

Threats are not new to me: Ilias Kanchan 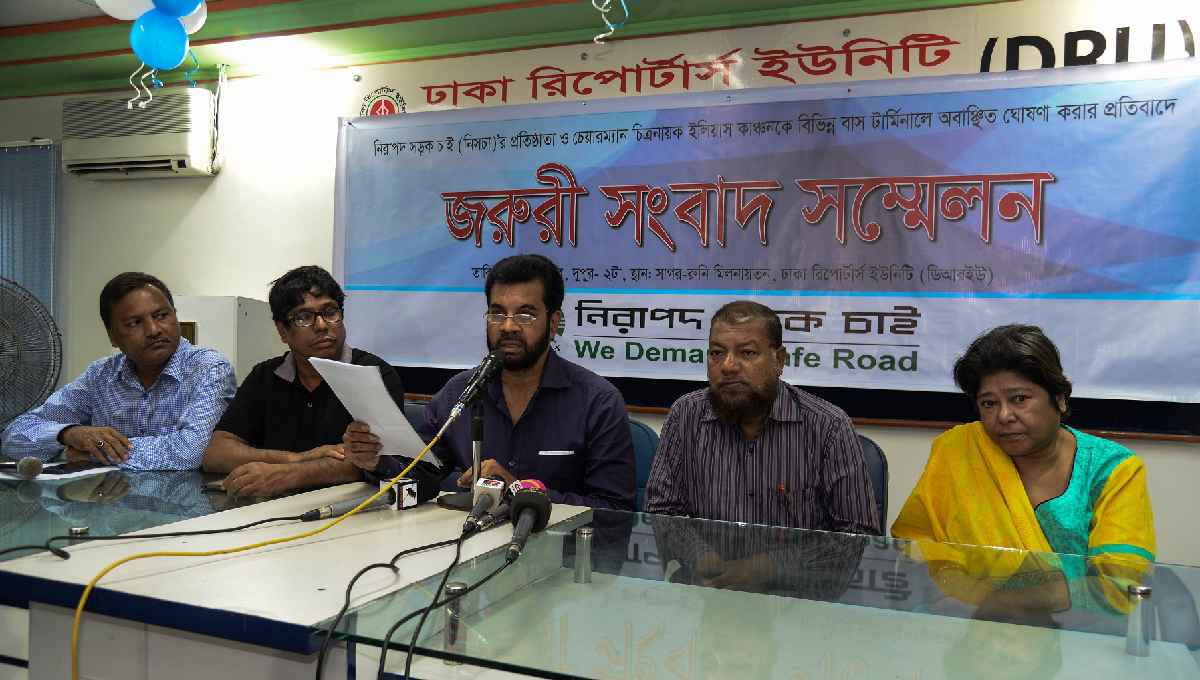 The veteran actor came up with the remarks in a press briefing at Dhaka Reporters’ Unity a day after he was declared unwanted at all bus terminals in the city by the leaders of Sarak Paribahan Malik Sramik Oikkya Parishad.

Ilias Kanchan said, “The reason for declaring me unwanted is not clear; such incidents are not new to me. In 2012, a necklace of shoes was hanged over my picture at Central Shaheed Minar, my picture was burned. Even some miscreants hit my parked car at level crossing in Kuril area.”

“I did not say anything about these matters to avoid unwanted situation. I’m not concerned about myself; rather I’m concerned about the roads and people’s safety on roads. I don’t think anyone as opponent in stopping accidents on roads”, he said.

“I believe and had been always said that only drivers are not the only cause of accidents but negligence of others also can cause accidents on the road. My main point is to bring the people responsible for accidents under justice”, said the safe road campaigner.