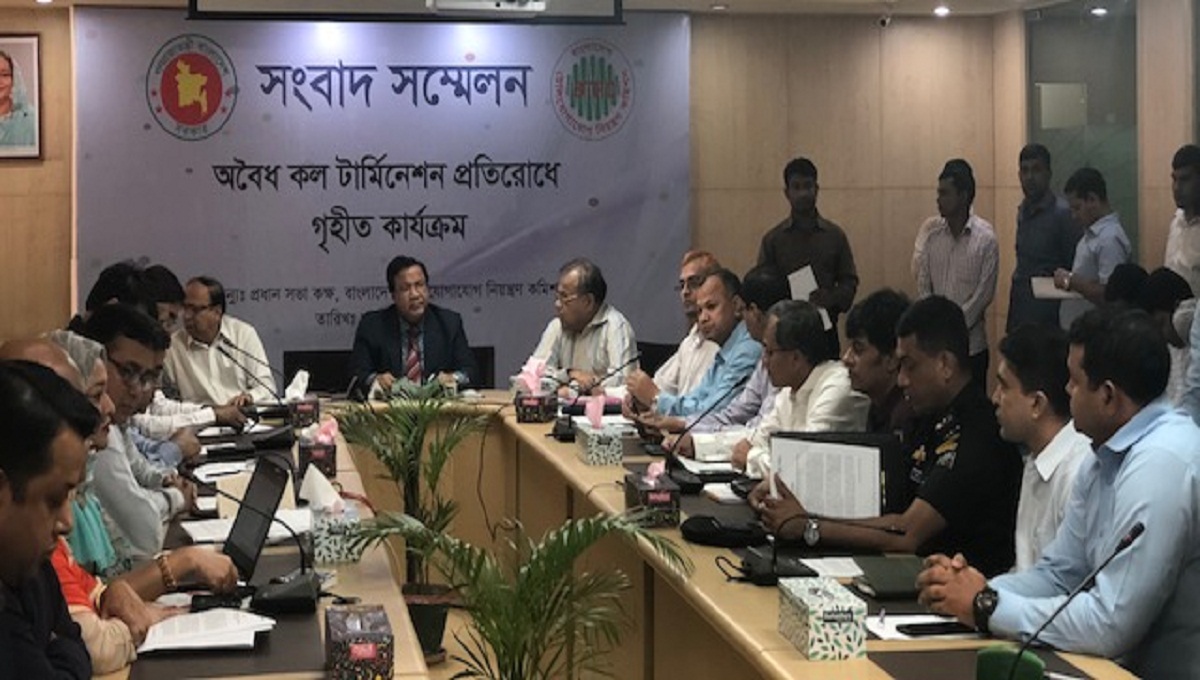 Photo: BTRC acting chairman Jahurul Haque addresses at a press briefing in his office on Monday.

Dhaka, Oct 8 : Bangladesh Telecommunications Regulatory Commission (BTRC) in a drive seized 10,9,47 illegal Voice over Internet Protocol (VoIP) equipment, including SIM cards worth Tk 37 lakh, in the capital from September 9 to 20.

BTRC acting chairman Jahurul Haque came up with the information at a press briefing at his office on Monday.

BTRC officials along with members of Rapid Action Battalion (Rab) conducted drives in Mohammadpur, Adabar, Badda and in a residential area under Uttara Paschim thana, he said.

The team also arrested eight people in connection with the recovery, said the acting chairman adding that cases have been filed with the police stations concerned under the BTRC Act.

Jahurul Haque also said mobile phone operators will be fined in this connection.

He said that a total 1,21,64,66 SIM cards used in illegal VoIP business were seized in the last five years.

Meanwhile, Brigadier General Mostafa Kamal, director general (engineering and operational) of BTRC, said around 2.50 crore minutes of call are being made through VoIP illegally every day on average.

He said monitoring is underway against the illegal VoIP calls.