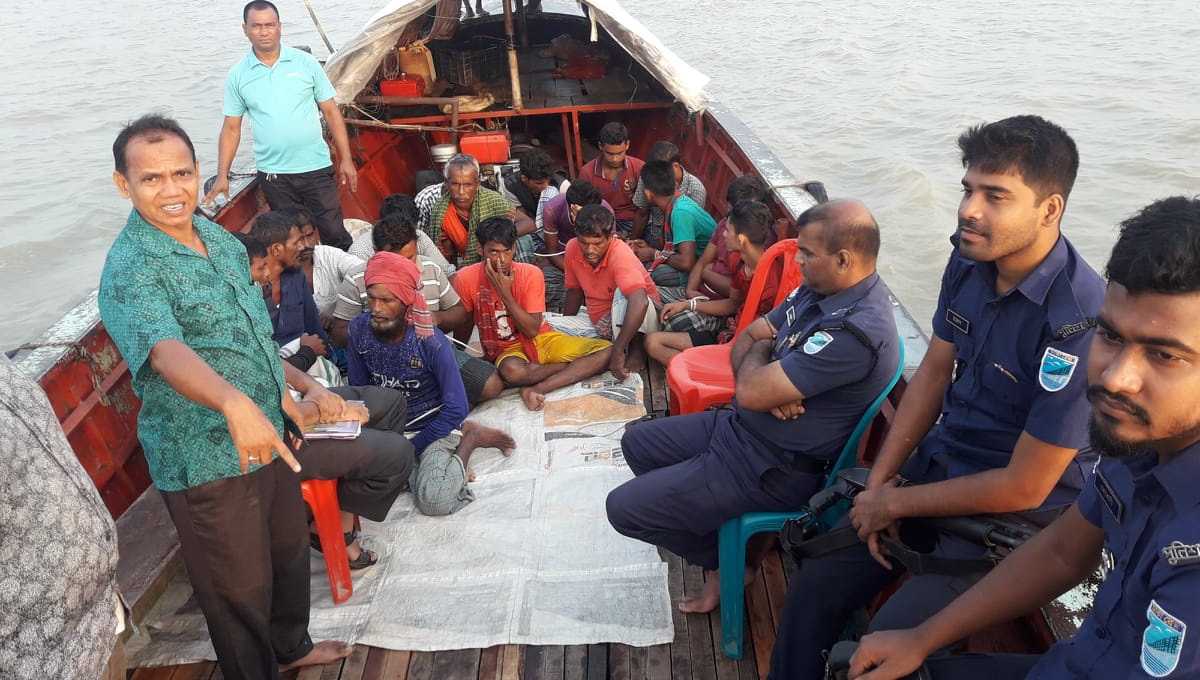 Photo: Arrested fishermen with the police members in Shariatpur.

Shariatpur, Oct 09 : A total of thirteen fishermen were sentenced to 15-day jail terms each in Naria upazila early Tuesday for catching hilsa from the Padma river defying a government ban.

A team of Upazila Fisheries Department in association with police and river police conducted a joint drive in the river from 4 am to 6 am and detained the fishermen along with 30,000 metre illegal current net and 30-kilogram jatka (hilsa fry).

Later, the fishermen were produced before a mobile court led by Executive Magistrate Sanjida Yeasmin, also the Upazila Nirbahi Officer, which sentenced each of them to jail terms.

Later, the seized net was burned down.

A 22-day ban on catching, selling and transporting hilsa in a 7,000-km breeding ground has been enforced from October 7 to 28 to ensure the safe spawning of this popular fish during its peak breeding period.