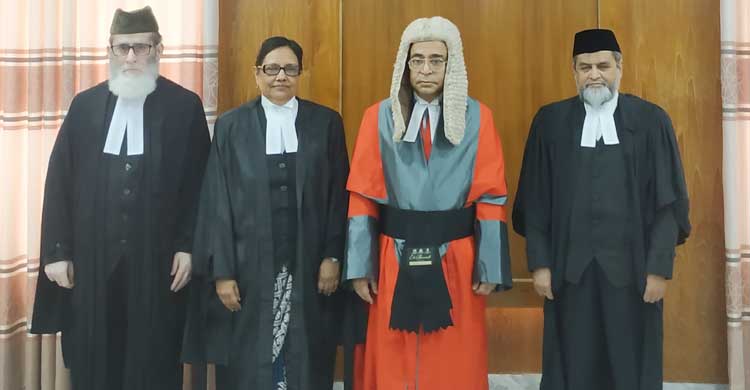 Three judges, who were appointed to the Appellate Division of the Supreme Court on Monday, were sworn in on Tuesday morning.

Chief Justice Syed Mahmud Hossain administered the oath at the Supreme Court Judges’ Lounge at 10:30 am.

President Abdul Hamid gave the appointment on Monday raising the number of judges in the Appellate Division to seven.

2018-10-09
Mr. Admin
Previous: Indian Minister of State for Shipping in city
Next: 13 fishermen jailed for defying hilsa ban in Shariatpur