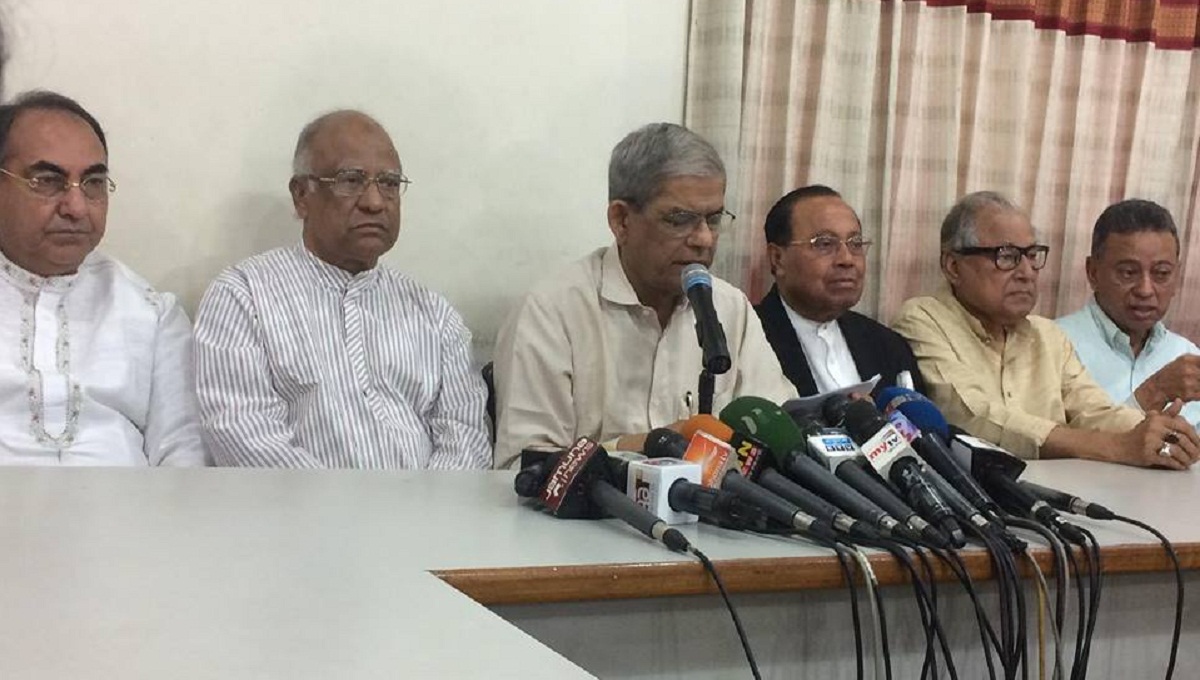 Dhaka, Oct 10 : BNP on Wednesday turned down the verdict in the August 21 grenade attack cases, saying it has been given at the ‘behest of the government’ with a political motive.

Speaking at a press conference at BNP’s Nayapaltan central office, he further said, “We reject the verdict.”

As their party Senior Vice-chairman Tarique Rahman was given life imprisonment in the cases, he said it has proved that country’s no citizen has now the scope of getting justice.

Earlier in the morning, after a long wait for over 14 years, a speedy trial tribunal sentenced 19 people to death and 19 others, including BNP acting Chairman Tarique Rahman to life imprisonment, in two cases filed over the August 21 grenade attack on an Awami League rally in the capital in 2004.