Don't Miss
Home / Entertainment / Does She Look Like Sridevi? 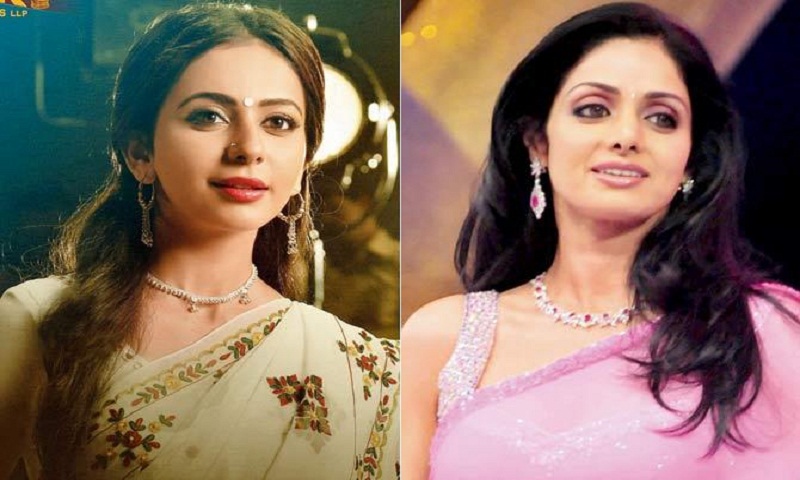 The makers of the NTR biopic unveiled the first look of Rakul Preet Singh in Krish’s directorial venture. The actor plays the late Sridevi in the film, which stars Nandamuri Balakrishna, Vidya Balan and Rana Daggubati, reports Mid-Day.
Rakul is nervous as hell and claims the role is the most challenging character she has played on screen. The stylists have worked overtime on styling her like Sridevi. But does Rakul look like Sri?Apart from Rakul Preet in the film, Rana Daggubati plays a pivotal role in the biopic! The film is slated to release in 2019 and also stars Vidya Balan as NTR’s wife, and Nandamuri Balakrishna as NTR.
2018-10-11
Mr. Admin
Previous: Indonesia earthquake death toll climbs to 2065
Next: E. coli bacteria present in 80pc of water taps in Bangladesh: World Bank