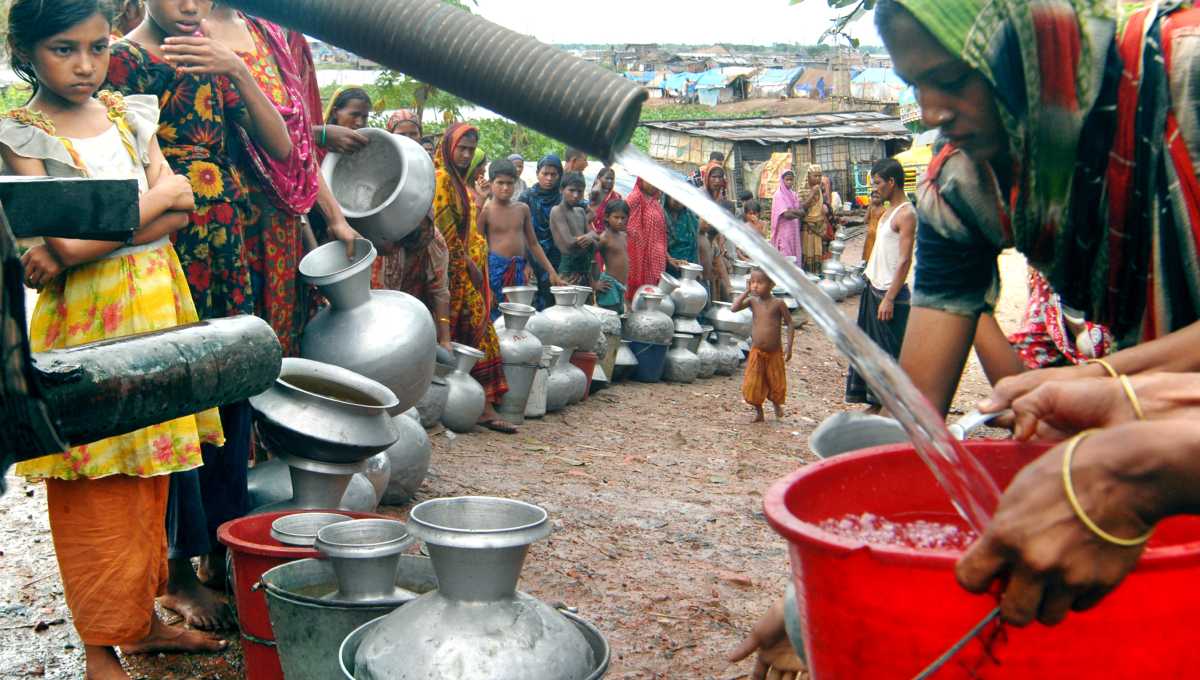 Dhaka, Oct 11 : A World Bank report released on Thursday found that E. coli bacteria was present in 80 percent of private piped-water taps sampled across the country, a similar rate to water retrieved from ponds.

It said though 98 percent of Bangladesh population has access to water from technologically improved water sources, the water quality is poor.

According to health experts, most E. coli strains are harmless, but some serotypes can cause serious food poisoning in their hosts, and are occasionally responsible for product recalls due to food contamination.

Experts said E. coli is a gram-negative, facultative anaerobic, rod-shaped, coliform bacterium of the genus Escherichia that is commonly found in the lower intestine of warm-blooded organisms.

The World Bank formally launched the report – ‘Promising Progress: A Diagnostic of Water Supply, Sanitation, Hygiene, and Poverty in Bangladesh’ – at a function in a city hotel.

Addressing at the report launching ceremony, State Minister for Water Resources Muhammad Nazrul Islam said the government has launched 100-years Delta Plan where it was envisioned to ensure peoples’ access to safe drinking water in next 30 years.

“Most of the funds of the Delta Plan 2100 will be spent for the water related issues”, he told the function, also addressed by Sereen Juma, acting country director of World Bank and Roxana Quader, additional secretary of the Local Government Division of the LGRD Ministry.

George Joseph, senior economist of the World Bank, made a presentation on the new water related report.

He said that despite the country’s remarkable progress in improving access to water and sanitation, 41 percent of all improved water sources are contaminated with E. coli (Escherichia coli) bacteria.

The multilateral donor agency’s report suggests a high prevalence of fecal contamination in the drinking water.

It said poor drinking water quality affects the rich and poor and the rural and urban population alike.

“But the poorest quintile of the population suffers three times more from water and sanitation related gastro-intestinal diseases”, said the World Bank report.

Sereen Juma said poor water quality and sanitation can hold back a country’s potential because of unsafe water and poor sanitation are linked to nutritional disadvantages in early-childhood.

“More than one-third of children under five in Bangladesh are stunted, limiting their ability to grow and learn”.

Bangladesh has made great strides in expanding access to water and can build on that progress by focusing on improving the quality of water and sanitation.

It said Bangladesh successfully eliminated the practice of open defecation. But still above 50 million people use shared rudimentary toilets and also only 28 percent of toilets are equipped with soap and water.

It mentioned that in urban areas, slums have poor access to clean water and safe sanitation.

Large-city slums have five times less access to improved sanitation and have the highest rates of childhood under-nutrition in the country, it added.

2018-10-11
Mr. Admin
Previous: Does She Look Like Sridevi?
Next: 7 students get IELTS scholarships