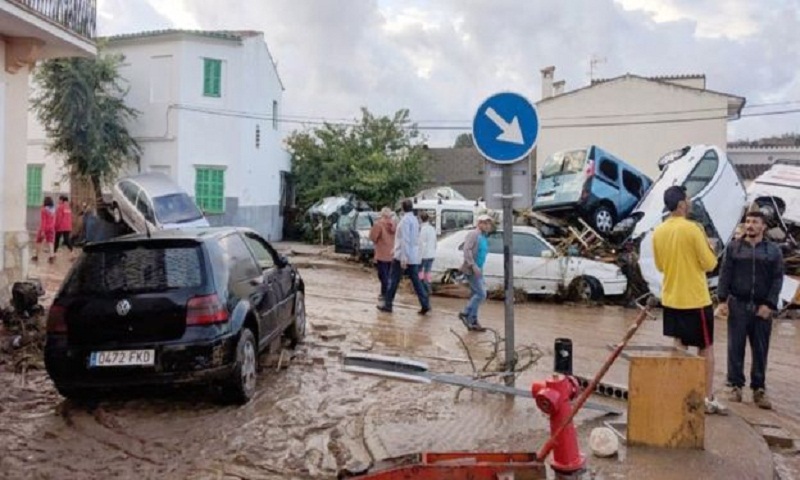 A flash flood on the Spanish island of Majorca has killed at least 10 people, including at least three foreigners.
A wave of muddy water engulfed the town of Sant Llorenç des Cardassar, in the east of the island, after heavy rain caused a river to burst its banks.

Vehicles were swept away as water gushed through narrow streets.

Hundreds of emergency workers and sniffer dogs are involved in the search-and-rescue effort. A five-year-old child is missing.

Who are the victims?

The dead include six Spanish nationals, a Dutch tourist, a British couple and one unidentified victim.

The area was hit with more than 8in (20cm) of rainfall in just a few hours on Tuesday, according to Spanish meteorological agency Aemet.

A bridge came down further north on the island in Artà, where an ex-mayor of the town was killed by the flooding.

Refuges were set up in a local sports centre to provide shelter for displaced residents.

Prime Minister Pedro Sanchez visited the area on Wednesday, and the Spanish parliament in Madrid held a minute’s silence.

Torrential rain hit other areas of Spain too, with Catalonia in the north-east and Málaga in the south among the areas badly hit.