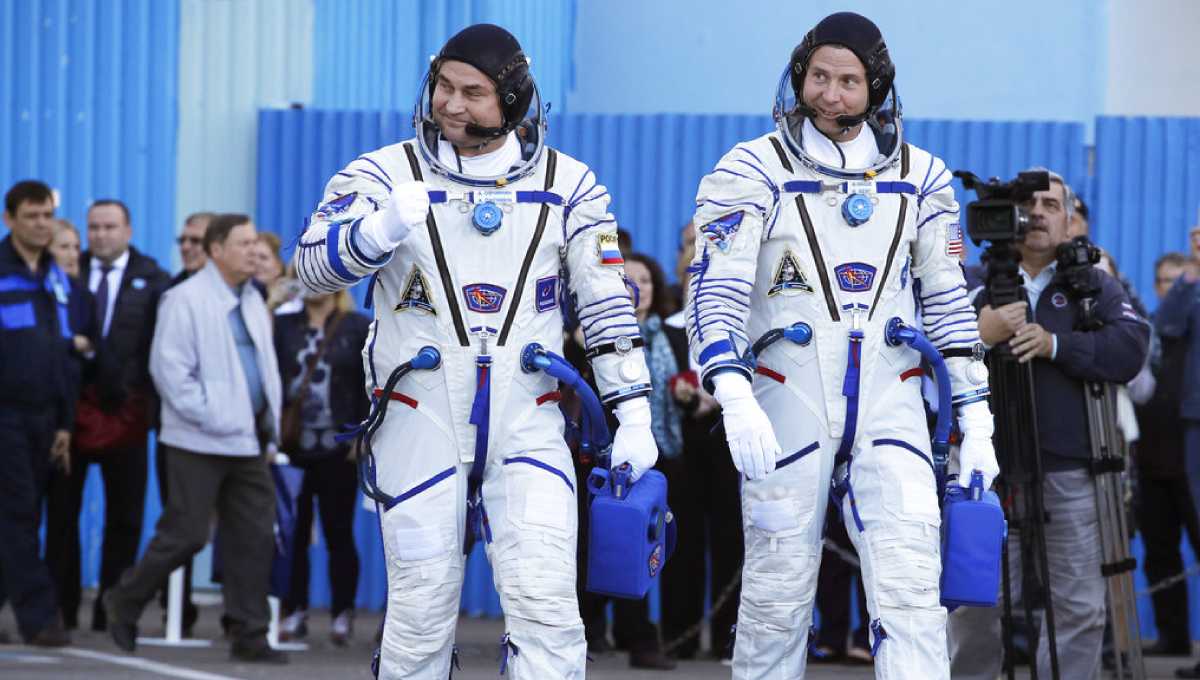 U.S. astronaut Nick Hague, right and Russian cosmonaut Alexey Ovchinin, member of the main crew of the expedition to the International Space Station (ISS), walk prior to the launch of Soyuz MS-10 space ship at the Russian leased Baikonur cosmodrome, Kazakhstan, Thursday, Oct. 11, 2018.

Baikonur, Oct 11 : Two astronauts from the U.S. and Russia are making an emergency landing after a Russian booster rocket carrying them into orbit to the International Space Station has failed after launch.

NASA astronaut Nick Hague and Roscosmos’ Alexei Ovchinin lifted off as scheduled at 2:40 p.m. (0840 GMT; 4:40 a.m. EDT) Thursday from the Russia-leased Baikonur cosmodrome in Kazakhstan atop a Soyuz booster rocket.

They were to dock at the orbiting outpost six hours later, but the booster suffered a failure minutes after the launch.

Russian and U.S. space officials said that the crew is heading for an emergency landing in Kazakhstan at an unspecified time. Search and rescue crews are getting ready to reach the expected landing site.