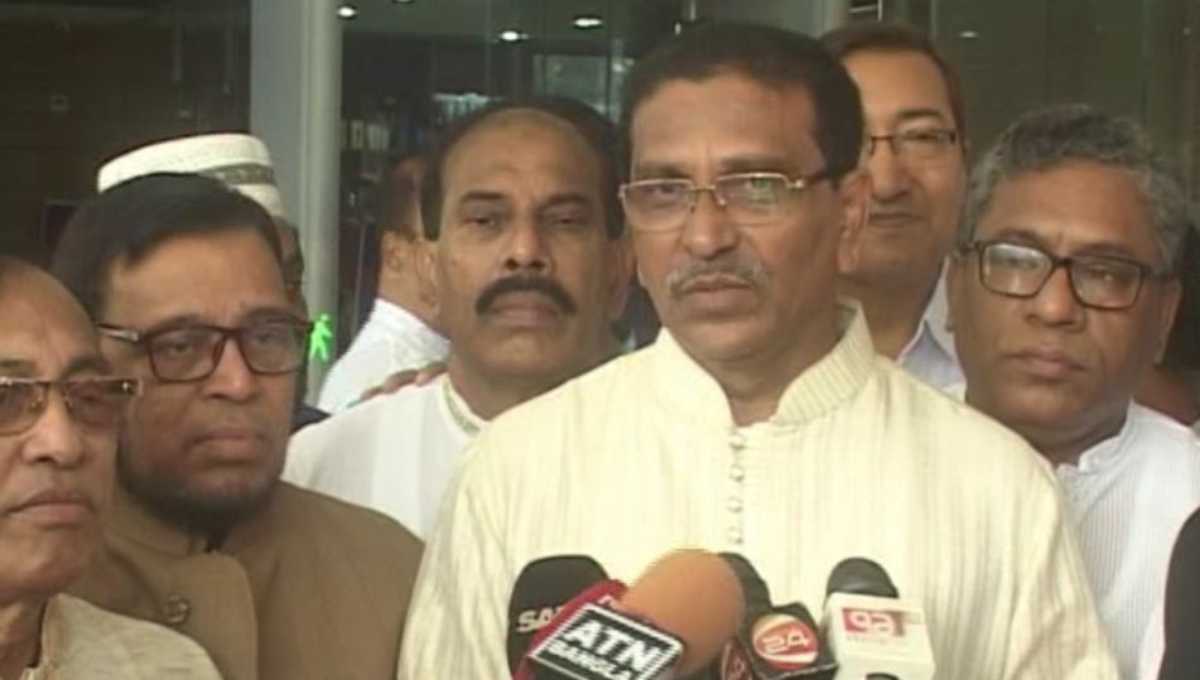 “It’s now evident not only through the August 21 grenade attack but also the August 15 carnage and the jail killing that BNP is not a political party. Rather, it’s a terrorist outfit. So, it has no moral right to do politics,” he said.

The ruling party leader came up with the remarks while talking to reporters after a programme organised by Kushtia Samity, Dhaka marking the distribution of stipend among students in the district town.

On Wednesday, a speedy trial tribunal in Dhaka sentenced 19 people to death, 19 others, including BNP acting chairman Tarique Rahman, to life imprisonment and eight more to different terms of jail in two cases filed over the August 21 grenade attack on an Awami League rally in the capital in 2004.

Claiming that all the data prove that BNP was involved in the August 21 grenade attack, Hanif demanded capital punishment of BNP chairperson Khaleda Zia and its acting chairman Tarique Rahman describing them as masterminds of the heinous attack.

The verdict also proves that BNP is still carrying on the bad politics which its founder Ziaur Rahman started through a conspiracy, he said.

2018-10-12
Mr. Admin
Previous: Saudi faces business backlash over Khashoggi disappearance
Next: Why does Idlib matter and what could happen in Syria