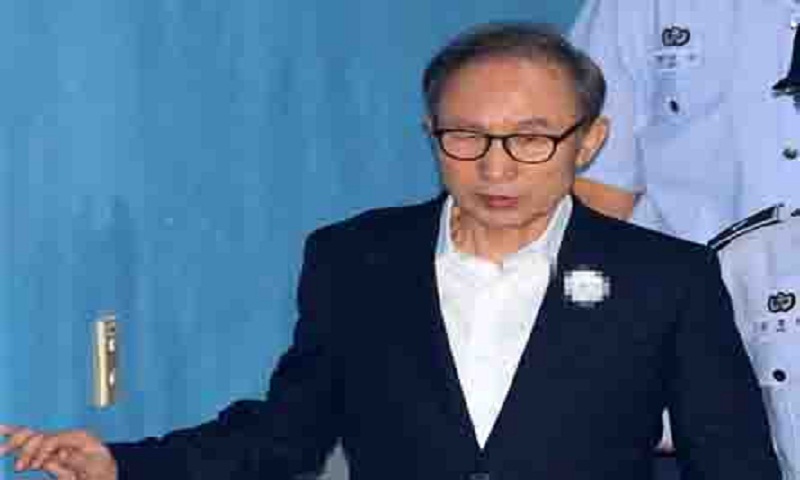 Former South Korean President Lee Myung-bak will appeal a court verdict that last week sentenced him to 15 years in prison for corruption, his lawyer said Friday.
Lee was found guilty of bribery and embezzlement charges — becoming the latest of the country’s former leaders to be jailed after leaving office.

The conservative politician, who helmed Hyundai Construction before his election to the presidency, was separately ordered to pay a fine of 13 billion won ($11.5 million) by the Seoul Central District Court.

The court found that Lee, 76, was the de-facto owner of DAS — a controversial auto parts company which he claimed belonged to his brother —which he used to create a slush fund worth around 24 billion won.

He was also found guilty of accepting nearly six billion won from Samsung Electronics in return for a presidential pardon for its chairman, who had received a suspended jail term for tax evasion.

“Lee decided to appeal all the convictions announced in the first round of trial,” Lee’s lawyer Kang Hoon told Yonhap news agency Friday.

South Korean presidents have a tendency to end up in prison after their time in power, usually once their political rivals have moved into the presidential Blue House.

All four of South Korea’s living presidents have been convicted of criminal offences.

Lee’s successor, Park Geun-hye, was sentenced to 25 years in prison and fined millions of dollars for bribery and abuse of power.

She was ousted last year over a nationwide corruption scandal that prompted massive street protests.