Too fat to fight: Pentagon grapples with obesity epidemic 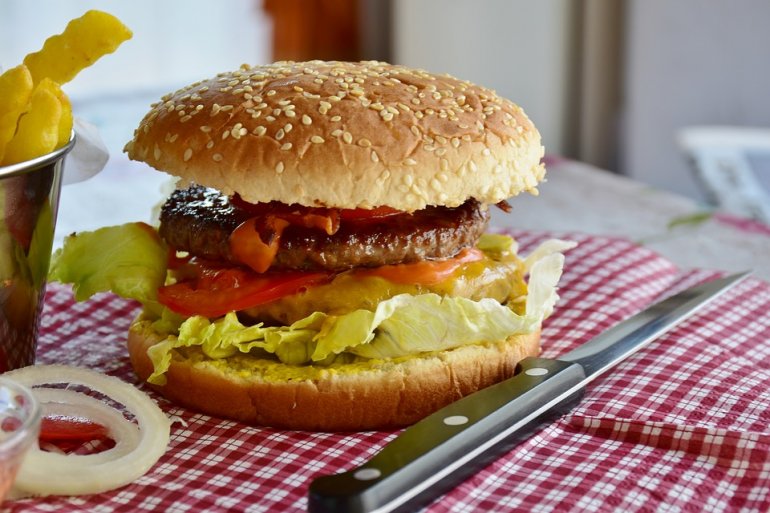 Forget about the high-tech military challenges from China and Russia, the Pentagon is facing a fast-growing national security threat that could be even trickier to tackle: America’s obesity crisis.

A study released this week has found that nearly one-third of young Americans are now too overweight to join up, a worrying statistic for military officials already facing recruitment challenges.

“Obesity has long threatened our nation’s health. As the epidemic grows, obesity is posing a threat to our nation’s security as well,” the Council for a Strong America states in its new report.

The Army last month announced it would miss its goal of attracting 76,500 new recruits in 2018. The shortfall is of about 6,500 soldiers — the first time since 2005 the service had missed its hiring targets.

A strong US economy and tight jobs market played a role, but the numbers highlight the dwindling pool of applicants the Pentagon has to draw from.

According to the Defense Department, obesity is one of the top reasons why a stunning 71 percent of Americans aged 17-24 do not meet the military’s sign-up requirements.

“Given the high percentage of American youth who are too overweight to serve, recruiting challenges will continue unless measures are taken to encourage a healthy lifestyle beginning at a young age,” states the study, entitled “Unhealthy and Unprepared.”

Other factors such as prior drug use or a lack of academic qualifications are also taking a toll.

The report, compiled by a group of retired generals and admirals, notes that the obesity issue is a particular worry as it comes when fewer young people are interested in joining the military in the first place.

“It’s a sad state of affairs when 71 percent of the 18 to 24-year-old males in this country cannot qualify to enter the United States Army as a private,” he said.

The problem should be addressed at the local level, he said, praising efforts of retired service members who are working in schools “to try to restore physical education where it’s been taken out, to try to get school lunches to be things that fuel the body, instead of just giving them crummy food.”

The obesity problem persists even after boot camp.

“I saw it myself: pudgy soldiers visibly pushing, or beyond, the ‘height and weight’ standards,” Phillips wrote in a Military Times commentary.

The new report says the Pentagon has recognized the long-standing obesity problem, and is taking steps to improve the health of its troops.

One Army program, known as the Performance Triad, “aims to improve soldier readiness and encourage healthy behaviors, and to provide support to soldiers in these areas.”

The Army has also introduced a new physical fitness test that measures the likelihood recruits will go on to meet the physical demands of their selected military job.

Many military facilities are equipped with top-notch gyms, and dining facilities on US bases around the world often provide nutritional guidelines.

The report concludes that the solution lies in ensuring children and parents learn about the vital importance of healthy eating and physical activity from a young age.

A study published in the New England Journal of Medicine last year found that 2.2 billion people worldwide are believed to be overweight, and more than one in 10 people are obese, fueling a global health crisis that claims millions of lives every year.

Of the world’s most populous countries, the United States leads the way in terms of obesity among children and young adults, at 13 percent.

Covid positivity rate rises to 15.42 in Bangladesh; Another dies