Two held ‘with arms’ in Naogaon 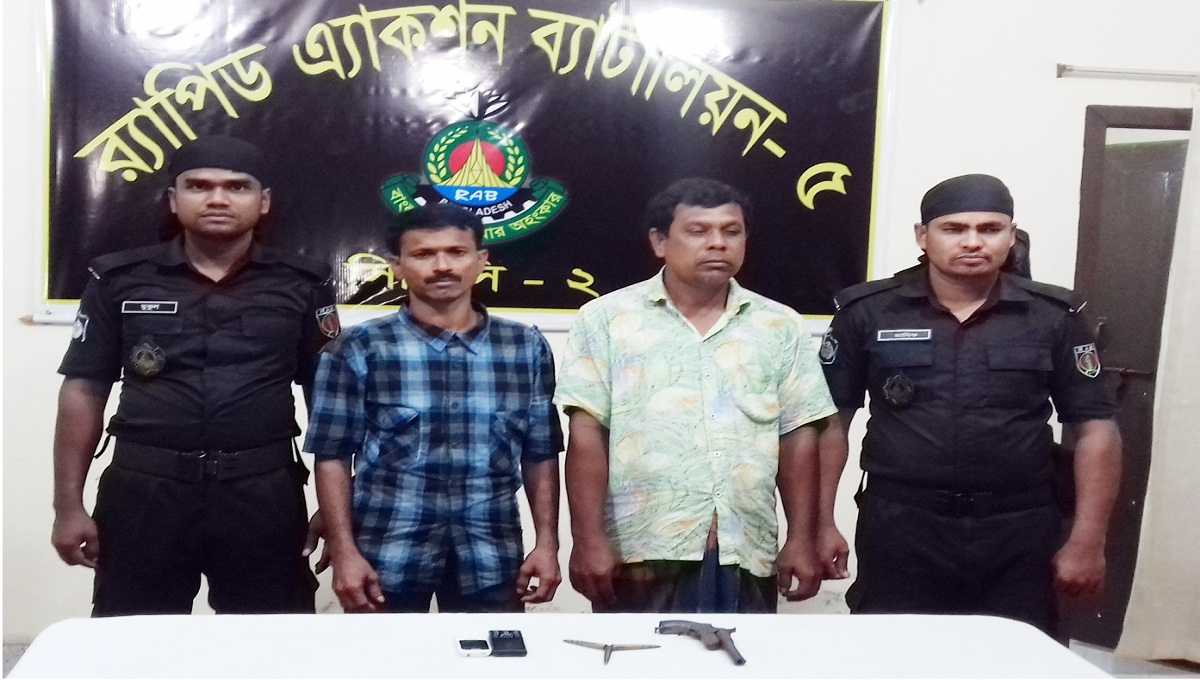 The arrestees are Alamgir Hossain, 46, and Abdul Jalil, 50.

Assistant Superintendent of police Swajal Kumar Sarker, now the company commander of Natore Rab-5 camp, said a team of Rab raided the house of Alamgir following a tip-off and arrested the duo ‘along with a shooter gun and three bullets’.

A case was filed.

2018-10-13
Mr. Admin
Previous:  Coral reefs – fishing – ALERT, knowledge must
Next: US Senate confirms Earl R. Miller as next US Ambassador in Dhaka