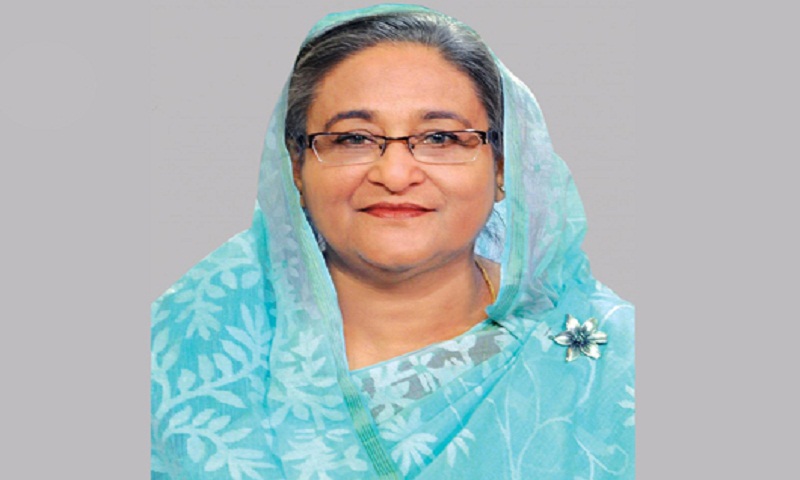 The flight is scheduled to reach King Khaled International Airport in Riyadh at 7 pm local time.

On Wednesday, the prime minister will hold a meeting with the leaders of Council of Saudi Chamber (CSC) and Riyadh Chamber of Commerce at her place of residence in the morning.

In the afternoon, she will have an audience with the Saudi King at Royal Palace and the meeting will be followed by a lunch.

She will later inaugurate Bangladesh Chancery Building in the Diplomatic Quarters, Riyadh.

The prime minister will depart Riyadh for Madinah by air at 7:30 pm and reach Prince Mohammad bin Abdulaziz Airport, Madinah at 9 pm.

She will offer ziarat at Rowza of Holy Prophet (PBUH) at Masjid Al-Nabawi the same night.

On Thursday, the prime minister will leave Madinah for Jeddah at 10:30 am and reach King Abdulaziz International Airport, Jeddah at 11:15 am.

The prime minister will lay the foundation stone of the Chancery Building of Bangladesh Consulate General, Jeddah at noon.

She will perform Umrah in Makkah after Esha prayers.

During the visit, two instruments — a memorandum of understanding (MoU) on defence cooperation and an MoU on ICT cooperation — would be signed between Bangladesh and KSA, Foreign Minister AH Mahmood Ali told a press conference at the Foreign Ministry here this afternoon.

Ali said the issue of safe repatriation of Rohingyas will also be discussed during the meeting between Prime Minister Sheikh Hasina and the Saudi king.

Apart from the defence cooperation and Rohingya matters, issues related to labour welfare, promotion of bilateral trade and investment, development cooperation and greater unity and prosperity of Muslim Ummah are expected to be discussed during the meeting of the two leaders, he said.

The foreign minister hoped that the visit will further strengthen the relations between Bangladesh and KSA in the days to come.