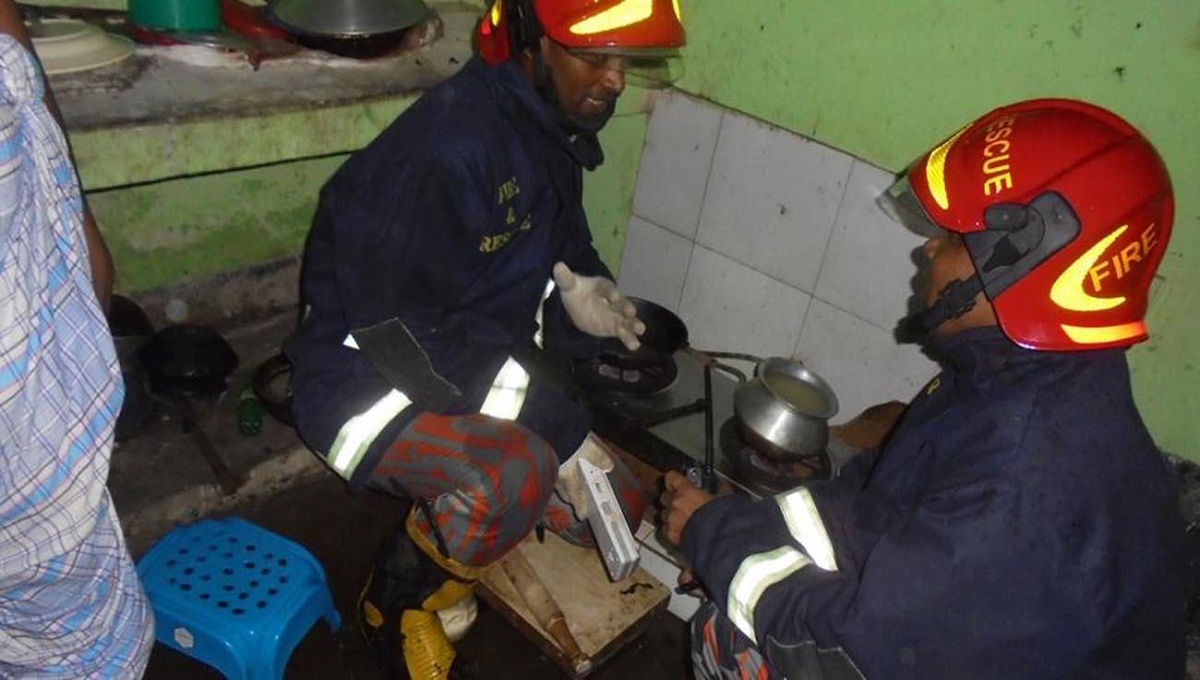 Firefighters at the house in Uttarkhan area of Dhaka where a fire breaks out on Saturday, October 13, 2018. Photo: Fire Service and Civil Defence

Dhaka, Oct 17 : A man who along with seven others suffered burn injuries in a fire incident in the city’s Uttarkhan area early Saturday succumbed to his injuries five days after the incident on Wednesday morning, taking the death toll to five.

The fire broke out at their ground-floor flat in a two-storey building around 4 am on Saturday following a leakage in the gas pipeline, leaving eight inmates injured.

Most of the victims were garment workers and one of them was a rickshaw puller.

The injured were taken to the DMCH where Azizul and his wife Muslima alias Urmi, Purnima and Sufia died earlier.