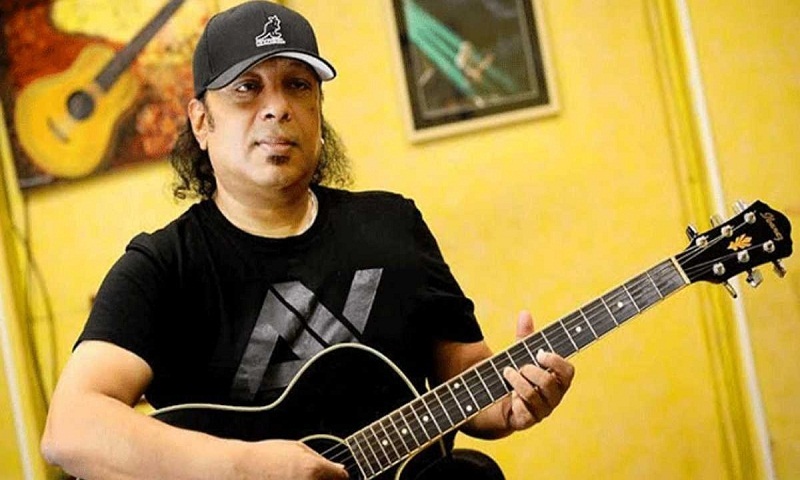 Ayub Bachchu, a legendary guitarist, songwriter, composer and singer of Bangladesh, breathed his last at his Moghbazar residence in the capital Dhaka on Thursday morning. He was 56.

The pop singer was brought in an unconscious state to the Square Hospital where the doctors declared him dead around 9:15 am, hospital sources said. He probably died of heart attack.

Bachchu, the lead guitarist and vocalist of musical band ‘LRB’ (Love Runs Blind), was born in Chattogram on August 16, 1962.

He made his debut in the music industry by giving voice in the song ‘Harano Bikeler Golpo’.

In 1986, he released his first music album ‘Rakto Golap’, but his success story began after release of his second album ‘Moyna.’

He comes to the close of listeners after release of the third album ‘Koshto’ in 1995. The album was super hit and the song ‘Koshto Pete Bhalobasi’ touched heart of listeners very much.

Ayub became a heartthrob singer overnight around the country for composing and rendering heart touching songs.

Basically, he was a rock singer, but he impressed the listeners with modern, classical and folk songs.

In a message, the President prayed for the eternal peace of the departed soul and conveyed deep sympathy to the bereaved family members.

Bachchu’s fans, singers, co-artists and common people gathered in front of the hospital with a view seeing him last.

The fans also flooded the social media platform expressing their deepest condolence over death of the iconic figure of the country’ music industry.

Bachchu, who was equally popular at home and abroad, performed live with Richard and Le Gang (France), Remo Fernandez, Nandon Bugchi, and Bikram Gosh of India.

Bachchu started his music career from his home district Chattagram with the band Feelings in 1978 and joined the band Souls in 1980.

Leaving Souls in 1991, Bachchu formed LRB after 10 long years of practice for perfection. Bachchu brought up LRB and released their first debut in 1992.

LRB is the only Bangla rock band which played in famous Madison Square Garden in New York City.

Body of the singer will be taken to the Central Shaheed Minar in Dhaka at 10:00am tomorrow (Friday) to be exposed to the people. His first namaz-e-janaza will be held at the Supreme Court Jame Mosque after Juma prayers tomorrow. Later, his body will be taken to Chattagram and be laid to rest at family graveyard after further namaz-e-janaza on Saturday.